If there’s one word that makes a music-lover’s heart sink, it’s ‘hiatus’. After taking a five-year break from producing honest and catchy-as-hell infectious pop/punk songs to discontented youth around the world, Good Charlotte have returned to do just that to a new generation with their sixth album, Youth Authority. 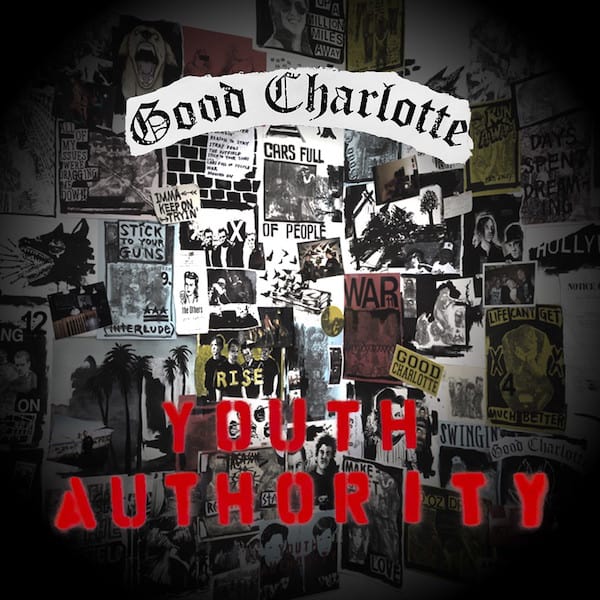 Forever putting the ‘pop’ in pop/punk, Good Charlotte was an instant fan favourite of the early 2000s pop/punk scene through their resentful, anti-establishment anthems and thoughtful underdog ballads, and still carry that sensibility in their latest offering. Throwing us right in at the deep end, ‘Life Changes’ starts with a solitary, frantic guitar, quickly greeted by Joel Madden’s familiar vocals. An anthemic rage is produced through power chords, catchy melodies and positive lyrics as Madden advises ‘put your best foot forward/chip on your shoulder/it’s like you can’t be beat’. As the album progresses, the pace shifts with ‘Makeshift Love’, with a softer intro and gentle guitar followed by the softer side of Madden’s vocals.

Good Charlotte’s honesty and positivity have always been standout factors for them during the flood of pop/punk bands from the same era, and this album is no exception, heard in tracks like ‘The Outfield’ and ‘Cars Full of People’, with what sounds like it could be a personal diary entry. Artfully breaking up the heavy with the light-hearted, ’40 Oz. Dream’ is a poppy, nostalgic poke at modern day culture and growing up, riddled with crunchy pop melodies in a formulaic fashion. Crashing back to reality, ‘Life Can’t Get Much Better’ minimally pairs Madden’s vocals with soft guitar and layered backing vocals. A crossover between a ballad and an anthem, this track utilises different instruments with honest vocals, ‘Life can’t get much better/Let’s just stay together/These scars are tokens of promises broken’. ‘Keep Swingin’ brings the pace back up with a rockier sound and guest vocals from Sleeping with Sirens’ Kellin Quinn. A theatrical element is brought out through a suspenseful build and multi-dimensional breakdowns.

Carrying on with guest vocals, Simon Neil of Biffy Clyro provides a heart-wrenching intro to ‘Reason to Stay’ with vocals over an acoustic guitar and beautiful lyrics, with the pace picking up with Madden’s vocals to make this a heart-breaking and powerful ballad. Slower tracks continue with ‘Stray Dogs’ and ‘Moving On’, with fluttering harmonies and a refreshing self-awareness. The underdog inspired underlying theme in Good Charlotte’s music is evident throughout the album in feel good tracks like ‘WAR’ with the positive reminder, ‘It’s always dark before the light/It’s always peace and quiet before the fight’.

Overall, Youth Authority is everything we could have expected and wanted out of a Good Charlotte album. With a familiar and beloved formula, Good Charlotte have put together a collection of relevant and inspiring tracks over a catchy pop/punk sound track that will bring fuel to the fire for resentful teenagers for years to come.