Emerging from the murky depths of London’s alternative scene, H Grimace’s debut effort, Self Architect is a sincere love letter to the the ’80s, recalling everything good about its music. 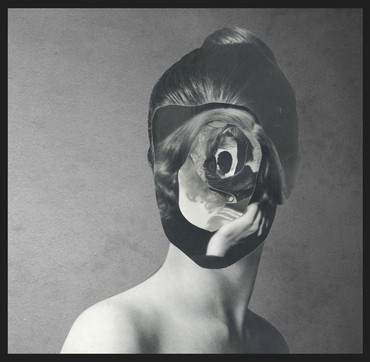 You can hear a bit of Sonic Youth here, some of The Cure there, with a dose of the Pixies for extra measure, but not to the point where you feel that they are just another contrived retro act. The influences may be worn on their sleeves, but there’s still something very fresh about the album. Dreamy, ethereal pop guitars and Hannah Gledhill’s reverberated, almost distant sounding vocals line up in front of an snarly rhythm section, such a fire and ice combination creating a juxtaposition that works perfectly.

Opener Thoroughbred has the perfect balance of being catchy yet somewhat moody at the same time. The song has an icy cool swagger but with a sense of volatility, that an explosive crescendo is imminent. Land/Body, a more upbeat number, sounds like something that could have been penned by Robert Smith himself. Think of it as a lovechild of A Forest and Boys Don’t Cry and you’re close enough. 2.1 Woman sees Gledhill undertake the spoken word in a monotone voice over a steady rhythm that doesn’t stray too far out of it’s lane, always professionally focused and just driving the song without showboating.

Elsewhere, title track Self Architect captures the spirit of punk rock, which isn’t entirely hidden behind the band’s dream pop sound all the time here, while Lipsyncher is a slower number that flirts with melancholia but has too glorious of a feel to it to be one hundred per cent sad. Other highlights include the instrumental Excavations, where the jangly guitars take a backseat to allow a militant drumbeat and its minimalistic bassline sidekick assume centre stage, along with Jockey, which greets the listener with an infectious call and response two pronged guitar attack.

The strong point of Self Architect is the sound that H Grimace are carving out for themselves here. With a lot of debut albums, the listener is not always entirely sure what the band is trying to achieve, but here is a group that knows what they’re doing, and knows what they want. It has an air of confidence that some artists don’t develop until their second or third records. They feel like they don’t need to shove anything in your face to draw you in. The melody in the music is there, but it doesn’t jump out at you, as much as it cautiously greets you.

It’s an eerie guitar pop album that feels like the music is going to tipple over into despair any moment, but it maintains its balance. If you love ’80s alternative music, this is for you. If you just appreciate a talented guitar band who know how to write a good song or two, this is for you. Now let’s see how many times you hit that replay button, because many of these songs will have such an effect.