California band, Happy Diving, have been hard at work with the upcoming release of their fourth album in three years. Set for release on August 26, Electric Soul Unity is a collection of short, fuzzy pop melodies with an emphasis on the fuzz. 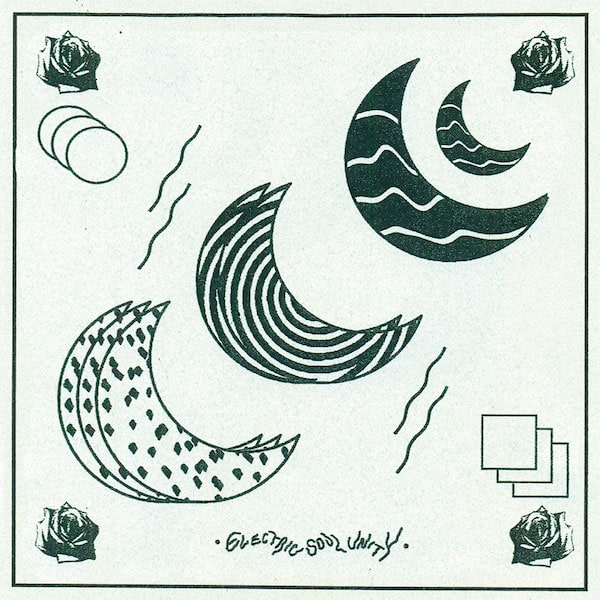 First up is ‘Bigger World’, coming in straight away with high pitched feedback followed by a steady, rocking intro that immediately lifts the track off the ground. We’re greeted with indifferent vocals and an undeniable pop sensibility. With just one of many crooning, anthemic guitar solos throughout the album, ‘Bigger World’ is a strong start. The energy continues with ‘Don’t be Afraid of Love’, moving swiftly on from its predecessor without skipping a beat. A nostalgic sound resonates throughout the track with more feedback, constantly driving guitars and some well-placed harmonies, bringing a modern feel to a classic 70’s sound.

‘Holy Ground’ is a succinct, buzzing track, filled with discontent and Happy Diving’s established alternative edge. As a whole, the album is riddled with impressive guitar solos, driving drums, and a general feel-good sound, but after the first three tracks, for us, it feels like we start to hear the same song over and over. Like ‘Lost My Way’ and ‘The Call, it Thunders’, the album’s title track, ‘Electric Soul Unity’, starts with catchy rhythmic guitars and continues with unclear vocals and sweeping drums.

With galvanic guitars solos breaking up the monotony of the collection, there are some standout tracks. ‘Pain Country’ gently brings down the pace with steady, climbing guitars and an uplifting sound. Softer vocals help bring the track to new peaks and provide contrast. Similarly, ‘Head Spell’ brings a thoughtful opening with dreamy vocals and a more rhythmic pace. Enticing guitars come in heavier at the chorus and bring a different sound to the album as a whole. ‘Unknown Feeling’ is a mellow, introspective track with a minimal combination of beautiful guitar melodies and soft vocals, breaking up the fuzz before going into the album’s final track, ‘River Will Flow’. Powerful guitars sing through the verses under thoughtful vocals in true Happy Diving style.

Happy Diving have a definite formula for their music, of which Electric Soul Unity is a prime example. Little variation from distorted vocals and fuzzy guitars blend together the band’s sound in a way that doesn’t show much range, but will leave these songs stuck in your head for days.