Following its June release in the US this year, July 10 marks the imminent UK debut of powerpop trio Heyrocco in the form of the band’s second LP and first international offering, ‘Teenage Movie Soundtrack’. 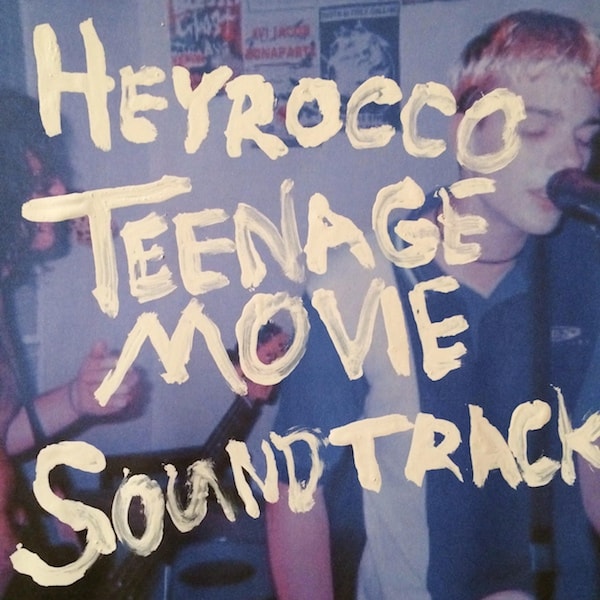 Nonetheless, the band has already been making waves thanks to tours in both the US and UK showcasing their music’s uniquely nostalgic yet energetic grunge-laden alt-rock tone. Hailing from Charleston, South Carolina, the three-piece group consists of childhood friends Nathan Jake Merli (guitarist/vocalist), the aptly named Christopher Cool (bassist) and Tanner Cooper (drummer).

Though Merli and Cooper had known each other since middle school, the outfit only became complete after the pair met Chris Cool while all three attended their high school’s jazz band in 2009. Initially operating out of Cool’s garage in the summer of the same year, the band went on to record their first LP, titled ‘Comfort’, in early 2012 after a successful Kickstarter campaign in which fans of the then fledgling group raised over $4,000. Shortly after the release of the entirely self-mastered ‘Comfort’, Heyrocco began recording ‘Mom Jeans’, their first EP, this time with the assistance of a record producer (Josh Kaler) at Hello Telescope studios in their hometown of Charleston. After the release of ‘Mom Jeans’ in 2014 and approximately three years of touring their native US, Heyrocco was sought out by UK-based record label Vital Music Group and would subsequently go on to tour the UK from late 2014 until earlier this year, including a sold-out headline slot at London’s KOKO venue.

Although presently situated in the chronological “eye of the storm” between the completion of their album’s transatlantic release, the steady success of the band shows no signs of abating any time in the near future and ‘Teenage Movie Soundtrack’ reveals the possible reasons why. Seemingly defying a simple and definitive genre categorisation, Heyrocco oxymoronically describes themselves as “Disney grunge”, displaying their diverse range of influences, reasonably distinct sound and ostensibly self-aware sense of humour. The fuzzy guitar and angst-filled lyrics of ‘Loser Denial’ and ‘Virgin’ explain comparisons to the likes of Nirvana and Mudhoney, whereas ‘Mom Jeans’, ‘Alison’ and ‘Happy’ possess a noticeably lighter feel, arguably having more in common with the alt/pop rock of bands like Weezer and The Smashing Pumpkins than any elements of grunge.

The reception of ‘Teenage Movie Soundtrack’ has ultimately proven somewhat divided; some have praised the band for an ingenious blending of the nostalgic with the exuberant, yet others have accused the album of lacking a clear focus for the same reasons, along with claiming an oversaturation of cliché ‘teenage’ themes. Though certainly not the worst first offering to have been made, it appears Heyrocco have quite some way to go before they attain the level of appreciation enjoyed by their apparent forbearers of the ‘90s and early 2000s.