Album Review: I Am The Avalanche – ‘Wolverines’

After a long hiatus, I Am The Avalanche have released their third album, ‘Wolverines’. The New York trio have mixed hardcore, indie rock and pop punk in their previous albums, and with their third album they have strived to create their most accessible release yet. Whether this works though is entirely debatable as they get some things right yet also some things woefully wrong. 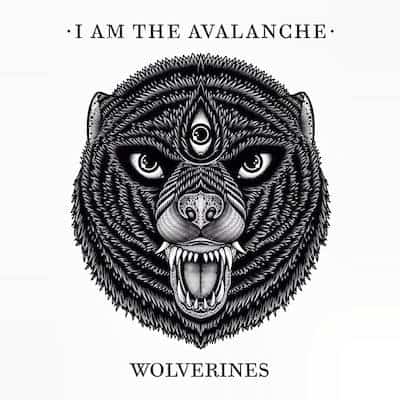 Unfortunately, this album is let down for several reasons. It seems, in this writer’s opinion, at least that the band tried too hard to sound like Foo Fighters. It’s of course understandable that they might go for this kind of sound due to this being their most commercial and accessible effort yet but they seem to have lost the majority of their own style in the process. Songs generally consist of the tried and true verse-chorus-verse-chorus-bridge-chorus song structure but this ends up getting really tiresome once one reaches the end of the album.

It honestly feels like they are repeating the same song with minor variation by doing this. Because of this choruses feel like they get repeated a ridiculous amount of times on each song and it honestly just feels downright tedious to listen to at times. The guitar riffs have some really generic power chord work and verses just sound like a rushed prelude to get to the choruses. The bass on this album is pretty lamentable with it being lost in the mix half the time and when it can be heard it just seems to be following what the guitars are doing with some very minor variation when it does crop up. The drumming does its job; nothing more.

That being said, there are a few moments of brilliance that manage to shine through. ‘Young Kerouacs’ is definitely the best song on this album simply for the fact that the band managed to come up with some decent melodic vocal and guitar hooks. Title track ‘Wolverines’ is notable because of its unusually short length and here the band experiments with a slower tempo. The opening of this track is chaotic in sound which is great because it gives some diversity to the album, even though it is only small. Other noticeable tracks are ‘Where Were You’ which uses some piano and acoustic guitar in the bridge, but there’s nothing more to say about it. Frontman Vinnie Caruana’s vocals give a gravelly punch to the album and suit the style of music very well. His hardcore screams are impressive yet they are used sparingly on this album. At times he also goes towards an almost country-like warble which works really well for what they are trying to accomplish. In the end this is a simple, commercialised album and it will be enjoyable if you are into short songs that try to do their best to have big sing-a-long hooks to them but don’t expect anything more than that.