By Francesca Fortunato May 13, 2015 Album, Reviews
No Comments

Local York singer/songwriter, Ian Wilson, has put together twelve of his best tracks from the past 8 years to form his latest album ‘1986’, available digitally and even on cassette. And, let’s be honest, who doesn’t love cassettes? 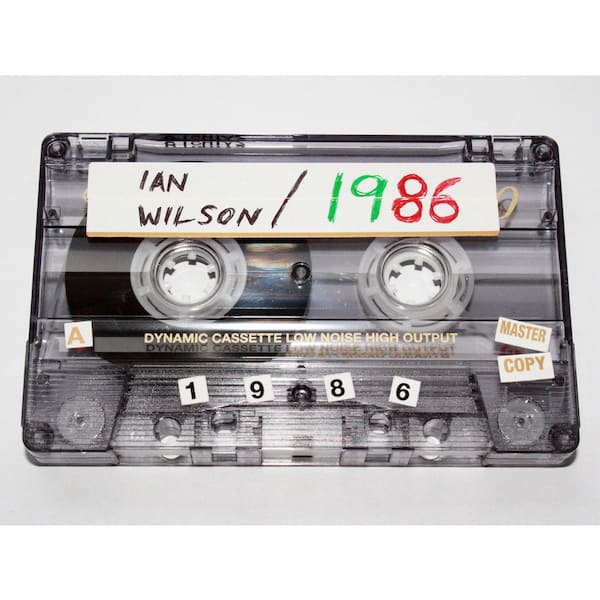 The twelve track full length showcases a true DIY vibe from the York based musician with all music and lyrics written, recorded and performed by Wilson himself. With a definite 90’s influence stemming from the likes of Foo Fighters and Manic Street Preachers, ‘1986’ brings together an impressive collection of tracks drawing on a range of influence from different experiences and emotions to reveal a pure, uncut and emotional sound.

Right from the beginning, ‘Heart & Soul’ eases us in with feedback leading into gentle melodic guitars and upbeat harmonies. Wilson bares his heart with sincere lyrics; ‘And if I should die in my sleep you’d never know how much of you I keep locked in my heart, locked in my soul’. Carrying a familiar and comfortable sound throughout the collection, tracks like ‘Getting Over You’, ‘Summer Change’ and ‘Smells Like Burning’ highlight the 90s alternative influence while bringing a fresh and different sound for Wilson to make his mark on the local music scene.

The album carries on with ‘New Skin’, an impressive track that easily leads us to forget that we’re essentially listening to a one-man band. A fast and confident intro filled with dynamic, catchy guitars leads to Wilson’s crooning vocals with an undeniable Foo Fighters influence merged with ardent melodies to make this a fun, standout track.

Rounding out the album are slower tracks such as ‘Wash Away’ and ‘Do You Think They Saw Us This Time?’. ‘Moments Lost in Time’ brings out a more rhythmic sound to display Wilson’s talent for artfully crafting music to reflect poignant lyrics such as ‘We love we learn, but still we yearn to be the ones we were before’. Maintaining a solid pace for the first half of the track, the song escalates into an emotive eruption that reflects increasingly graphic and raw lyrics, bringing the track full circle and painting a vividly clear image of frustration and anger using both music and lyrics in a masterful way.

As a collection of tracks showcasing some of his most notable work throughout his career, each song reveals a piece of Wilson as an artist. Ian Wilson brings a refreshing twist to a classic, beloved sound with ‘1986’, leaving us ready and waiting for the next chapter in his story.