Sixteen years into their career as arguably the most fore running band of the metalcore world, it’s an indisputable fact that Killswitch Engage are still as strong and unbreakable as cast iron. The seventh album that has pretty much everything you can expect from the band, but nothing new. Let’s get into it. 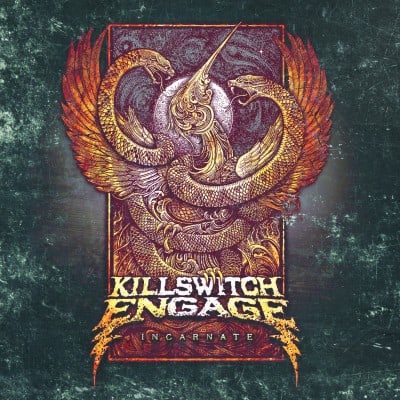 Bristling with their usual onslaught of emotion fuelled melodies and soaring riffs, both of the fast, double bass pedal and mental alternate picking kind, and the tender higher stringed sounds, the album is ripe with classic Killswitchy stuff. Somehow though, the album as a whole feels like a slightly less furious version of 2013’s ‘Disarm the Descent’.

For the second time in a row, Jesse Leach takes the stand as the band’s front man, expressing his usual talented vocals with an impact many fans will be pleased to hear. Not that we take one side or another with the whole Howard/Jesse thing. They’re both great vocalists. Period. Leach brings both the harmonised moments such as that of the choruses of ‘Quiet Distress’, or hell, any chorus this band have put together in the past fourteen years at least, and the gruff metalcore growls that you will find in the same song, and let’s face it, every other song on this album and the last. It’s at this stage that I’m realising that no matter what points I make, I’m almost doomed to repeat something I’ve said in the past…two sentences. For me, what the band have done is produce yet another album that I can recognize as solid, but that ultimately leaves my ears unpricked, except for that ‘Until The Day I Die’ track which oddly sounds very Megadeth esque. For the record, I’m not a great fan of what I’ve taken to calling Mustaine’s Mundane anymore either, for similar reasons. Too much of the same.

Regardless, ‘Incarnate’ is a tight, solid album, and my feelings towards it don’t stray so far from what I thought about Slayer’s ‘Repentless’. If it was a debut album from an up and coming band, it would be phenomenal, but because it’s delivered by a band who have been around the block and then some, and have essentially produced the same sound time and time again, but equally as effectively as they have done in the past, it falls on deaf ears. But just like the aforementioned thrash legends, it will please the hardcore fans.