The initial twenty seconds of album opener ‘Crusaders’ are fairly melodic with Steven Battelle’s voice and guitar easing you into the song before the drums kick in. About a minute into the song the track seems to suffer an identity crisis, it actually felt like the certain parts should’ve been a separate song all together. 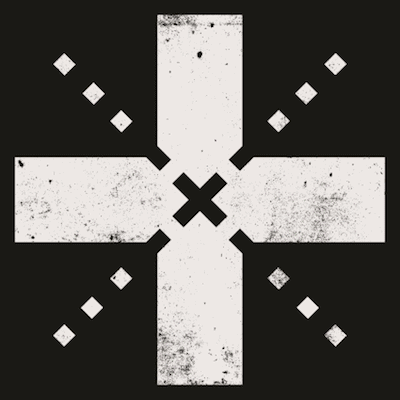 The heavy guitar opening of ‘The Bells! The Bells!!” helps kick the album into high gear. This recently released single is a great standalone track and has received a fantastic response from the ‘LostAlone’ ever-growing fan base. Alan Williamson’s bass line is just one of the amazing elements that embellishes the song along with Steven’s guitar shredding solos. Third track ‘Hostages’ is one of the few ballads on the album and is composed beautifully, the violins behind the soft rock instruments really pushes the song forward and makes it a must listen track.

The fourth song ‘Sombre Party’ has a similar opening and chorus to the previous song, if the track was placed further down on the album it could’ve worked but with it instantly following ‘Hostages’ it just seems like the band ran out ideas for a melody. It also has the same problem as ‘Crusaders’ – this is another song where it seems to suffer some sort of crisis as the verses and chorus’ don’t fit together too well. ‘Guilty’ is a good story-telling song between the short script at the beginning and the lyrics throughout the track. It’s a good track but it could’ve been great if the singing/spelling of the word ‘G.U.I.L.T.Y’ would have been taken out as it cheapens the song slightly.

‘Scarlet Letter Rhymes’ is the eighth track on this album and we can already tell it’s going to be a second single. The whole song is solid and an intense rock track featuring hard-hitting, heavy drum beats from Mark Gibson. Overall, we feel that LostAlone has the potential to be a big name band if they make a couple of tweaks to certain aspects such as the few that are mentioned above.