Marilyn Manson has always been a tough band to label and their latest offering, ‘The Pale Emperor’ isn’t about to make that any easier. 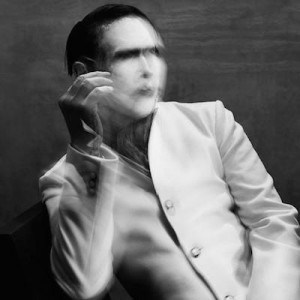 The band’s ninth studio album brings back all the emotions brought on by its predecessors with some added influence from other genres. There’s no disputing that this a good album, there’s nothing to dislike about it. It has all of our favourite Marilyn Manson components; throbbing bass, horror film-like undertones, dark but powerful lyrics.

Following on from 2012’s ‘Born Villain’, ‘The Pale Emperor’ draws out a familiar sound from the beginning with ‘Killing Strangers’ bringing haunting, repetitive lyrics; ‘We’re killing strangers so we don’t kill the ones that we love’, flooding with societal critiques and a monotonous but poignant tone. ‘Deep Six’ carries the album on with the apparent revelation of other influences hidden behind the classic Marilyn Manson sound we all know and love. Tyler Bates’ crooning guitar comes in to dominate the chorus alongside Manson’s dark, rumbling tone with a constant, dynamic beat pulling the track along. This track has a groove all by itself, adding a nice contrast to the other songs on the album. ‘Third Day of a Seven Day Binge’ brings a nostalgic sixties feel with a wailing guitar and solid beat over a lingering definitive melody.

The multi-genre vibe continues with ‘The Mephistopheles of Los Angeles’, bringing a fleeting twinge of industrial metal that’s soon lost to an amalgamation of influences, but quickly restored by ‘Warship My Wreck’ with a dominating chorus stampeding throughout the track. Manson’s vocals carry an impetuous tone in the hypnotic way for which he’s become infamous, making this a true standout track for the album.

The lyrics are the most notable part of the album as a whole, highlighting Manson’s genuinely impressive songwriting capability in tracks like ‘Cupid Carries a Gun’, painting a tortured perspective of love and lust with religious undertones through chilling and vivid lyrics; ‘she had those crow black eyes, starless but she f*cks like a comet, laid as still as a bible and felt like revelations when I looked inside’. The album draws to a dramatic close with ‘The Odds of Even Final’, bringing a striking chime over bellowing echoes to create a track that resonates.

After ‘Born Villain’ showed symptoms of a Marilyn Manson decline in 2012, we’re sad to say ‘The Pale Emperor’ follows closely behind with a good, but not great delivery. Throughout the entirety of the album we were waiting for that ‘wow’ moment brought on by ‘The Golden Age Of Grotesque’ and ‘Mechanical Animals’, but ‘The Pale Emperor’ never really delivers that for this writer.