For Mojo Fury, ‘The Difference between’, a self-created album concealed away from the controlling tendrils of a major record label, is more than any prospective fan could ever have hoped for. Demonstrating musical ingenuity as well studio mastery in a diverse selection of intriguing tracks, the album entices the listener through it, unfolding before them like a labyrinth with frequent genre fluctuations that not only wrestle valiantly for your attention but also it seems wage personal war on monotony itself. 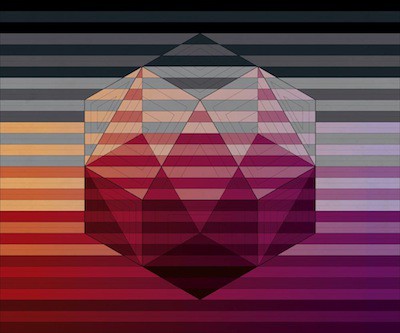 Mojo Fury’s reinsertion into the music industry was far from low-key. Exploding back out of lock up in a studio their new album not only attracts attention but demands it and rightfully so. Boasting their own special blend they offer a fix never seen before and bound to keep you hooked and wanting more. The music itself accommodates influences from the likes of Nine Inch Nails but without the depressing overtones and more of an upbeat vibe that encapsulates progressive rock with a hardcore foundation always available for some low tempo power ballads that don’t take no for an answer. Formidable beats remain relentlessly sturdy, a tried and tested foundation for the often extraordinary honky-tonk appearances and out-spoken guitar passages that only add to the spectacle of such a unique collaboration of styles.

Although hosting supplementary influences from genres all around the board, ‘The Difference Between’ clings defiantly to its specially manufactured progressive rock meets heavy pop ballad premonition. One track on the album speaks volumes about the band themselves and clearly demonstrates a key requirement in their development of instant classics, fun.

‘Origami Bird’ is summed up by fundamental poppy, dance to rhythms with a heavy set subtext of rock drum beats. Vocals take centre stage but are complimented with a strong instrumental backing that root the listener in the song completely, allowing you to immerse yourself in the abstract lyrics which are not only the key to this instant classic but also a perfect portrayal of the band itself, weird but oddly enticing. Better yet the song packs a chorus that demands a head bob and a cheeky sway in your seat but doesn’t neglect the quintessential guitar solos which although not the normal hammer-on madness you would expect, they still wield the capacity to whip up a crowd into a sing along frenzy with more of a single powerful riff set up. This myriad of overlapping melodies combine perfectly into a single soothing tune that wraps tenderly around the bold vocals at the heart of the song, a track drenched in heart and harmony.

Clearly highlighting the ever evolving album that draws you closer, song by song, another track, ‘Iris Influential’, has a far more pronounced electro feeling to it. Far more studio active that its album brethren but still clasping those grungy guitar riffs, heavy and repetitive more akin to metal but still working with a range of digital effects. Here the drum beat is less rock and more like a steady rap backdrop that oddly supports the down to basics vocals perfectly. Unexpected but nonetheless appreciated piano appearances add a certain elegance and majesty to the song whilst also making it similar to a theatrical piece, which creates drama in the song almost story like in its journey through musical experimentation. A wide variety of instruments and studio techniques are utilised to create a completely new and undefinable must hear song. Towards the end all instruments combine in a melting pot of wonderfully rich musical talent and multi layered vocals give it an almost sinister feeling, a definite omen of the new territories of musical independence the band is looking to conquer in the future.