Album Review: Nothing – ‘Tired Of Tomorrow’

By Shane Kiernan May 1, 2016 Album, Reviews
No Comments

‘Tired Of Tomorrow’ is the new record from Philadelphia natives Nothing. Fresh off a testing two years for the group since their debut album Guilty of Everything dropped in 2014, Nothing have came back fiercer than ever with their latest offering. Written after a series of personal and band-related events which resulted in a change of perspective from frontman Dominic Palermo, Tired of Tomorrow is an album that is searing with sentimentality and themes of triumph mixed with tragedy. 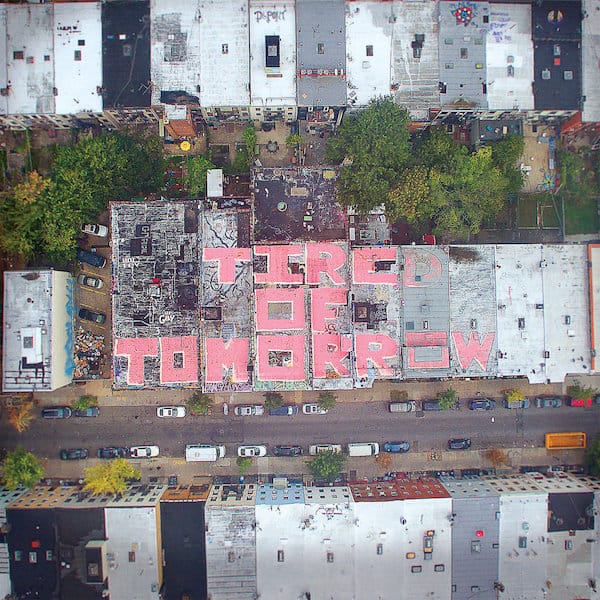 The album kicks off with opener ‘Fever Queen’ amidst a soaring tide of vigorous drumming that is matched with the emotive lyrics of a person pouring his soul out to you. ‘I should know now that I shouldn’t push you away’ is the message of a man’s apologetic woe which is enhanced to otherworldly levels by Palermo’s strident tones. Following track ‘The Dead Are Dumb’is a more mellow track than its predecessor, harnessing the use of a synth-inspired guitar backdrop during its duration. Harking back to the 80s with this instrumental inspiration, ‘The Dead Are Dumb’ utilises breathy vocals combined with a slow progressive pace that you can be sure would have been played at your parent’s homecoming dance had it existed in the 1980s.

‘Vertigo Flowers’ is a melodic masterpiece that visits the theme of personal tragedy and loss and was released as the first single from this album. An upbeat, yet personal offering, ‘Vertigo Flowers’ succeeds in combining these two interspersed on this album. ‘ACD (Abscessive Compulsive Disorder’ takes you on a dark journey as a man seeks to find a cure for his own shortcomings. Sung from the perspective of this man as though it is a disease, lyrics such as ‘Here we are again/Can someone find a cure because… I always knew/I’d eventually hurt you’ paint a crystal clear image in your mind of a tragedy that many will relate to once they have heard this standout creation.

Snare drums are rarely used as the opening of a song; however, ‘Nineteen Ninety Heaven’ tears down this notion to provide a beautiful canvas to this positivity-filled offering. The anthemic attitude of ‘Nineteen Ninety Heaven’ is a welcome addition to the album, situated directly in its middle and conjures a feeling of triumph after its darker track predecessors as its lyrics speak of ‘living in a dream world’ and not wanting to ever wake up.

As far as the pacing of these songs go, ‘Curse Of The Sun’ is certainly one of the more quicker songs that can be found on this album. Laden with the strumming of a heavy guitar, ‘Curse Of The Sun’ takes a look at the less rosy side of a person’s nature and explores the idea that while we are all ‘made of blood and semen, ‘piss and shit’ is what we are and concludes with the sentiment that we are useless human beings. In regard to the theme of tribulation that is present on this album, this song evokes one of the most hard-hitting, and clearly represents a troubled time for the band.

‘Eaten By Worms’ is slow yet engaging, touching on the futility of life and how it is educational, recreational and confrontational. It serves as a reminder that life is unpredictable and is the most ‘life-centric’ song on this album. ‘Everyone Is Happy’ is also a slow composition, reflecting on friendship and what it means to be happy.

If the definition of laid-back is relaxed and easy going, then ‘Our Plague’ is the song for you. A mellow track in the vein of ‘The Dead Are Dumb’, ‘Our Plague’ is the perfect song to play when you are seeking some downtime and makes for an easy listen.

And so we come to album closer and namesake ‘Tired Of Tomorrow’, the final offering from Nothing’s second album. Weariness of tomorrow and the fatigue that comes from the burden of life are evoked in lyrics such as ‘draped in rusty chains/and the faintest of skin/we’ll still pretend’ while coveted inside the message that while you may be tired of tomorrow, you can be sure that tomorrow will come. ‘Tired Of Tomorrow’ is an album that takes you on the band’s journey through tribulation in both their personal and professional lives, and the album is mixed with a variety of songs that touch on themes of triumph, misgivings and tragedy while wrapped up in one positive coherent composition that serves as an accurate reflection of life in its entirety.