Why read a book when you can listen to a concept album? An ideal method for those who don’t have the time (nor the effort) to read a book; why not have it read for you? Or even sang for you? With electrifying guitar riffs and frantic drum beats? What an exciting way to listen to a story, even if it is a rather gloomy one. 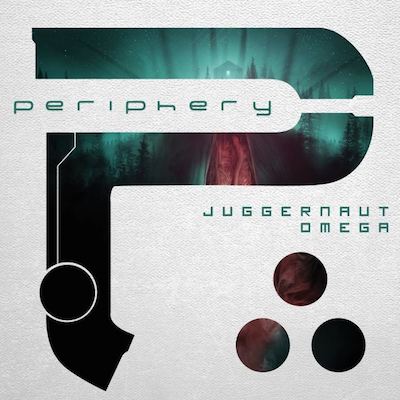 American progressive metal band Periphery introduce newly released dual album ‘Juggernaut: Omega’ that follows previous production, ‘Juggernaut: Alpha’. This release has put a stop to the wait of Periphery fans who were patiently anticipating the second side to ‘Alpha’s story.

Combining gentle acoustic sounds with powerful metallic rhythms, ‘Alpha’ told a tale of birth and re-birth, whilst the second chapter ‘Omega’ now demonstrates the origins of the second character and the offering; not the slightly predictable ‘Romeo And Juliet’ themed story. But doesn’t this make a nice change from the standard ‘lovey’ theme that songs now-a-days seem to go for? Periphery have not only given us something exciting to listen to, but something dark and mysterious to follow that will allow listeners to be intrigued by the story and not just the music.

‘Juggernaut: Omega’ begins with a slow build-up of acoustic guitar and soft vocals from Spencer Sotelo, a gentle return from ‘Alpha’. The vocals strengthen throughout the album, resulting in metal-style screaming which delivers an intense and chaotic side to the story being told. The fluctuating style of Sotelo’s lyrics demonstrates the frantic pace of the story, which never remains the same. All songs from ‘Omega’ share this fluctuation, in which they tend to begin with a calm melody but finish with heavy and almost angry one; showing the bands progressive style whilst still maintaining their metal image.

Songs ‘Graveless’ and ‘Hell Below’ instantly plunge their listeners into darkness with an energetic power surge of heavy guitars from Misha Mansoor, Mark Holcomb and Jake Bowen, deep bass lines by Adam ‘Nolly’ Getgood and intensive drums provided by Matt Halpern. Not only does this provide for the heavy metal community, the fluctuating and progressive pace opens the door for a wider variety of listeners of the rock genre, and those who may enjoy having something a little more placid to listen to; despite Periphery primarily focussing upon much more powerful sounds.

The heart of the album is the 11 minute and 45 second long number ‘Omega’. Songs of this length can be a risk, and will only be listened to if done right. Progressive giants Rush pulled off this stunt with tracks such as ‘2112’ and ‘Cygnus X1 (Books 1: The voyage & 2: Hemispheres)’ that fluctuate from 10 – 20 minutes long, and Periphery have done the same. Beginning with a frantic piano piece, ‘Omega’ is a whirlwind of peaceful acoustic and electronic sounds with the predictable chaotic vocals and instrumentals. A story is simply not read in one mono-tone, so why would it be presented by song in the same repeating melody?

Periphery have accomplished a story within two albums, and even though many are happy to settle with a three-minute song about relatively meaningless jargon, ‘Juggernaut: Omega’ provides for those looking for that bit more than just music. They have provided for those wanting a dramatic and tuneful story to be told to them: entertainment for both the mind and ears.