With a few very rare exceptions, there is one common feature that all successful bands share: effort. You will not ‘make it big’ if you don’t commit to recording your albums, gig intensively and maintain an accessible, professional and constant public persona. So the fact that Piano Wire recorded their new album ‘Dream Underground’ in just eight days, or that their website looks as pristine as a Swedish architect’s, or that they’ve established their own label (Hanging Houses) and merch all point to one thing: they’re hardly lazy. 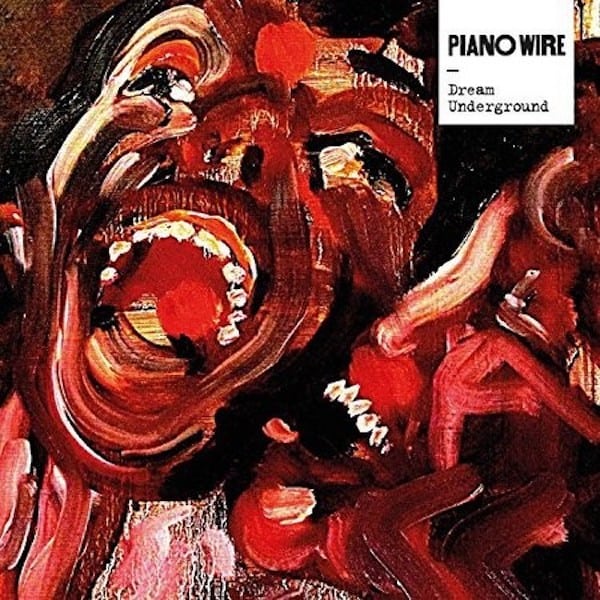 ‘Dream Underground’ is born of Piano Wire’s unrestrained post-punk with wheelbarrows of easily identifiable influences from Queens of the Stone Age’s bleached desert rock to the Pixies’ psychadelia. A lot of the guitar licks and structures never repeat; it’s an ongoing and dynamic album that kind of unravels as you listen.

The album’s early tracks Get A Life and Cherry Coma demonstrate the aforementioned QOTSA sound, which is immediately apparent in the deep, fuzzy guitar tones. Symren Gharial’s vocals are full of swagger, similar to the half-whispers employed by Death From Above 1979’s Jesse F. Keeler.

Outline of a Massacre will be a show stopper, though. Stepping away from the weighty barrage of the rest of the album, it employs some chirpy, choppy chord changes a la the Maccabies. There’s some fantastic bouncy bass work going on too, which isn’t slave to the root notes. The distinct vocal hooks combined with the melancholic guitar solo near the end, which is straight from a Kurt Cobain fever dream, make this track a real gem.

Elsewhere, the album likes to brood. There’s loads of dark attitude in Glass Elevator Music’s twangy guitar into. It sounds like something the Cure would have written with some crazy Royal Blood guitar tones interjecting. The chaotic structure, or lack thereof, is utterly endearing and feels emotional and unpredictable.

Elsewhere, other genres are explored. Hooligan in the USA dips its toes into some Dead Kennedies-esque doom-punk – ‘The skin heads in Cambodia, shooting up the Vietcong!’ – while the tropical and hazy Weird Heroes is a softer, dreamier piece borrowed from Stereophonics.

Some of the grungier tracks towards the end of the album such as Liquorice Junkie and Fifteen Year Comedown feel a little less inspired and don’t do as much with themselves. Then again though, neither did a lot of Nirvana’s stuff.

Thankfully, any monotony is remedied by Red Electric Flower, which echoes of flower-power psychedelic rock. A kaleidoscopic haze with guitars arguing in the background, it’s a fluorescent and distinctly groovy track. There’s great bass work in the chorus and the low, thumpy percussion makes the whole song treacle-thick.

Dream Underground concludes with Gangs. The guitar work here is beautiful, producing the effect of sounding like they’re singing along in the verses. It’s an unpolished sound, a barrage of cymbals, and a high note to end the album on.

Ultimately, Dream Underground is a charmingly hazy journey through psychedelia and imagery. At times it may drone, but it’s less rough-around-the-edges and more ambitious than their 2015 album The Genius of the Crowd. Though the lyrical content is far from crystal clear, it packs the album with personality and it’s satisfying to leave it that way. Catch Piano Wire on their UK tour through February and March – locations include London, Bristol and Manchester – and catch Dream Underground when it drops on February 17th. You won’t regret it – it’s like listening to warm jam.