Calling all melodic post-rock fans; and a warning to those who have an allergy to music featuring real instruments. Liverpool-based rock troop Pocket Apocalypse anticipate a release of their EP ‘Under our Sky’ due on March 23, 2015. A cry of relief for those who want something that doesn’t involve auto-tune and repetitive ‘catchy’ lyrics (not at all a hint at Miss Minaj and her ‘Anaconda’). 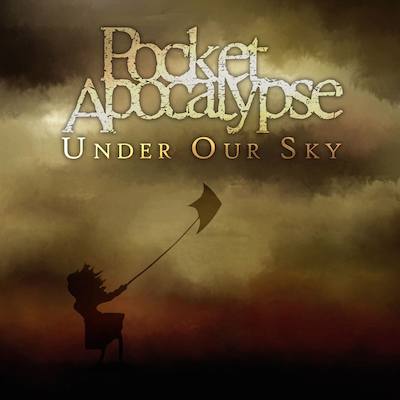 The British foursome, including Nick Jones providing vocals and guitar, Chris Catterall on lead guitar, bassist Lee Cuzzocrea and Phil Dunn behind the drums, have jumped in the deep end, directly basing the album upon deep and heavy sounds; without sounding too metal.

Beginning the album with a power surge of guitar feedback, quick paced drums and piercing vocals is ‘Glass’, which immediately gives a taster to the listeners of what is to come further in the album.

This hints at following pieces such as ‘Hollow’, ‘Circles’, ‘The Missing Piece’, ‘Ice Nine’ and ‘Leezl’, all of which abide to the heavy yet progressive melody that consists of stops and even sometimes acoustic sections of the songs.

In all fairness, whilst this does break up the songs in order for the post-rock gang to ‘mix things up’ a bit, Under our Sky adapts to the same sound throughout; which can be a turn off for some dedicated rock followers.

Hurried paces and frantic vocals in certain tracks such as ‘Hollow’ and ‘Leezl’ are certain to get the adrenaline pumping, something to excite the listeners and leave them wanting to hear more. Again, despite this being a potential draw back for some post-rock followers, blood-boiling rhythms are indeed likely to flow smoothly with the majority of heavy rock fans; opening the door wider for Pocket Apocalypse’s fan base.

However, tracks ‘Remainder’ and ‘What’s Left Behind’ draw the line at the intensive and heavy melodies that is highly depended upon with soft acoustic guitar chords and vocals. Every rock fan, ranging from the metal-heads to the prog-lovers, has a soft spot for gentle and quiet numbers, whether they will deny it or not. Pocket Apocalypse have ticked the box for a successful rock album by including these two softer melodies; giving the ears a quick five minute break.

The beauty of ‘Under Our Sky’ is the fact there isn’t just only the choice of “heavy” or “soft”; there is a nice medium within certain tracks, such as ‘The Missing Piece’ and ‘Ice Nine’ – (despite these being primarily classified as heavier numbers; not to sound too formal). These pieces fluctuate throughout, with splashy drums and substantial guitar and bass riffs one minute, then minimal bass and soft plucks of acoustic guitar the next. A post-rock dream. ‘Under Our Sky’ is a god send for those die hard post-rock listeners.