Album Review: Psyclon Nine – ‘Order Of The Shadow: Act I’

With Psyclon Nine‘s latest album ‘Order Of The Shadow: Act I’ you are, as usual, entering a world of darkness. But with this one there’s a conscious effort to bring some new stuff to the table. No, not that, Bellum is teetotal now. Well, not really. In fact, not even slightly. But we’re not here to make you question your existence as a human being by comparing this fine album to past efforts, in fact this writer in particular is here to tell you why you need to hear this, and the short answer is this: it’s f*cking awesome. Now for the long answer. 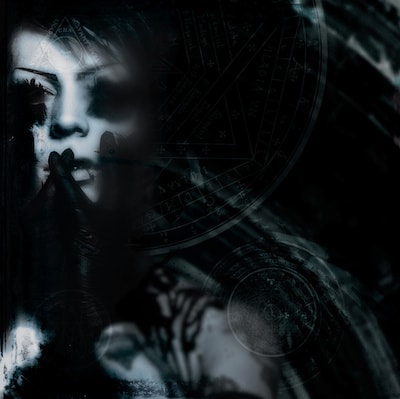 The vibe is still as powerful as ever, sweeping across a musical ocean – provided of course that this ocean we’re talking about is crackling incessantly with the fusion of electricity and bitterness – and of course, this is something no other artist could create. You are welcomed at the gates with the sound of ambient danger, before a blast of haunting screams wake you. Then you take a dive into the electric fence. ‘Shadows Unveiled’ is a promising opener, but it’s only a flavor.  ‘Suffer Well’ brings out the melody and abstract lyrics, “We can play with suicide / We can set our sin aside”. Now we lift up to the sky with ‘Glamour Through Debris’, which seems to hint at the modern obsession with fame and attention in its chorus. But those verses are so detached it’s impossible not to read a million and one meanings into it.

Now the best of it begins. Things get more intense with ‘Afferte Mihi Mortem’, and then ‘Use Once And Destroy’ grabs you by the throat, the atmosphere menacing, the pace intimidating. That two second silence (bar the drums) only intensifies the anticipation before it kicks off. A well placed first single. It is certainly the most memorable, and the rawest. And ‘Remains Of Eden: II’…words cannot describe the head fu** that this song is. Listen to this perversely enthralling track and try and read the upside down, backwards lyrics in the booklet. How are you faring? That pretty much sums up the experience.

Remember the ocean we mentioned earlier? It begins here. Let’s go for a drown. ‘Take My Hand While I Take My Life’ has melody and clashing drums. It’s a slow burner but sure as Death, it draws you in. One more filler track and then it launches into a dark epic climax. Those fillers aren’t futile. On first listen you’ll sail straight through, thanks to those ambiguous moments that tie the puzzle together. ‘The Saint And The Valentine’ opens with atmosphere and then breaks into something radically different. This one is a lighter shade of grey, sentimental even, but not something we want to describe too much. Enjoy the surprise when it comes.

This is, without a doubt, one of the most memorable industrial metal albums we’ve heard over the last few years…period, darker than night, so wrong it’s right (that wasn’t intentional). It drags you far down, into the coffin of hatred where all those who refuse to conform to the frivolous disposable modern society spend their Hell together. Why not join us? We’re having a wonderful time.