Even after more than 20 years, Swedish hardcore band Raised Fist are still as spirited as ever, only more determined to put their own stamp  on the genre. 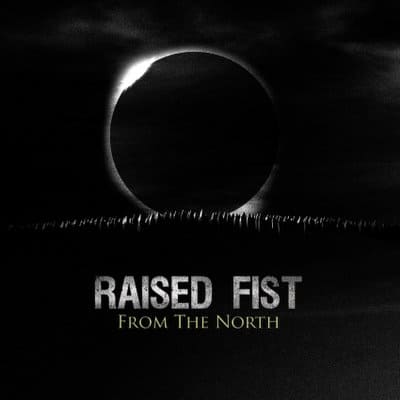 Their new album, ‘From The North’ sounds much like a continuation of the style and feel that they found earlier on in their career but made a bit more mature. It might be loud and brash but there’s still a little bit of melody that slips through now and again. ‘From The North’ is the first album in Raised Fist’s contract with legendary punk record label Epitaph, the label behind acts such as Refused, Bad Religion and Converge.

You can almost hear the move in the contrast between ‘From the North’ and Raised Fist’s last album, ‘Veil of Ignorance’. The latter was a lot more melodic and polished. Yet ‘From The North’ is a return to their original form and is much more rough, ready and noisy.

It took five years for Raised Fist’s latest album to be released. While the majority of bands try to push for an album roughly every two years to keep their face in, for Raised Fist it was about taking their time and create the right record for them. The band say they are focussed more on what feels right rather than economic gain, so they say no to a lot of offers and are willing to take half a decade to release a record.

‘From The North’ is drawn largely from their own experiences, quite literally in the far North of Sweden. Frontman Alexander Hagman said: “I think our work mentality is associated with being from Luleå and the lower working class.” He himself holds down a number of jobs as well as fronting Raised Fist. Hagman is a self-employed businessman who runs three businesses and an MMA gym. He fights for everything because, as a child, that is what he and his family had to do.

Hagman said that his father was in debt and his family would not have been able to put food on the table without benefits, adding that sometimes they still can’t. He explained that co-founder and bass player Andreas Johansson had a similar experience. This mentality of working hard without much monetary pay off is an experience shared by the band’s newest guitarist, Jimmy Tikkanen, which is why he fit right in.

While the guitars switch between heavy riffs and melodic bars, the aspect that stands out above all is Hagman’s gravelly vocals. Hagman said: “Raised Fist is not this classic hardcore band that sounds like a pitbull terrier and thrives on that alone.”

“We have a bit of New York hardcore in us, a bit of Swedish punk, and some metal, but we write music in a different way than most bands in our genre.” If you’re craving a new hardcore record, it’s worth giving Raised Fist’s new album ‘From The North’ a go.