Along with fronting Nine Black Alps, Sam Forrest has proven himself to be a prolific singer/songwriter in his own right with his most recent album, ‘Candlelightwater’, an abundant and delicately delivered gift of dream pop straight from the heavens. 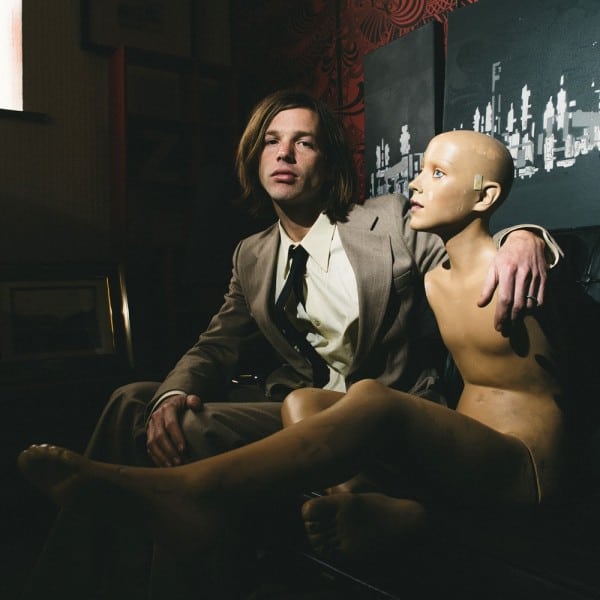 Artfully arranged and refreshingly original, ‘Candlelightwater’ transports us to a world of peace, love and happiness through a whimsical sound layered behind contrasting melancholic lyrics. ‘Distant Friend’ underlines an apparent 90s influence right from the beginning with a repetitive, lulling sound that leads to a pleasant and partially psychedelic melody. The interesting and multi-dimensional lyrics combined with rumbling low bass notes and high pitched guitar riffs creates a full bodied sound that doesn’t quit. Fantastic and beautiful melodies rise to the surface in ‘Sweet Narcissus’, with gentle backing vocals that echo clever lyrics to make this instantly lovable track stay in our head for days.

Morose lyrics such as ‘future looks so dark and cold and everything in pieces’ contradict a beachy, carefree sound in ‘Pieces’ to continue to conflicting and honest themes throughout the album. Tracks like ‘Happier Now’ and ‘Concrete Stars’ bring an upbeat element to the album with catchy, unforgiving pop tracks that could easily be heard in a montage clip from an indie film. Wishful and honest lyrics push every track on the album to a new level by using dark scenarios and thoughts to deliver overall positive and often inspiring messages. ‘Waterline’ uses this formula particularly well with an easy to zone out to sound and the vivid lyrics ‘hey sister, show me your disease. I will follow where everybody leads. Like a footprint faded in the snow I will follow where everybody goes’.

Tracks like ‘Bluebird’ and ‘Evil Eye’ briefly leave the dreamlike, poppy sound behind by marrying Forrest’s acclaimed calming effect with slightly heavier and distorted sounds to create a perfect balance. The standout track on the album has to be ‘Niobe’. Building to a frantic guitar strumming and driving rhythms this almost tumultuous track calms itself down to celestial harmonies, softening to an abstract and minimal instrumental that gradually fades to a low rumble.

Sam Forrest’s nostalgic dream pop collection is a well-rounded album with catchy melodies that is so hard not to fall in love with upon your first listen. Dark undertones and infectious melodies make ‘Candlelightwater’ a memorable offering from an already eminent artist.