A band’s second album is always full of trepidation and risk. But what about releasing an eighth album? Saves The Day have done just that with their newest self-titled effort; their best to date. 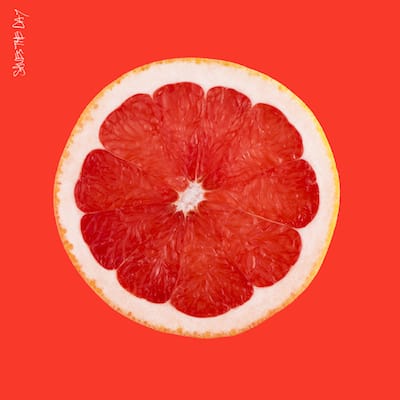 Surprisingly, considering how fresh their newest batch of songs sound, 2014 marks the band’s twentieth anniversary. This is a pop-punk record, and here nothing is too complicated or try-hard and it makes for a great album that is easy to listen to, and get engrossed into. The lyrics are intelligently written without being pretentious or overly-emotional; they are frank and straight to the point but cleverly so. Saves The Day are practiced experts of making easily accessible tunes that are catchy from the off. Though the band has had many shake ups and line up changes, every song is a medley of harmonised instruments and vocals that bond so perfectly that it’s hard to think this set of band members haven’t always been together. Chris Conley, the only member to have been around since the band’s conception, should be given a medal for believing in the band and sticking with it.

It’s hard for us to choose stand out songs from the album, because nearly every single one of them are excellent for different reasons. It would be easy to believe that the love songs are dedicated to Conley’s whammy bar, which he uses in nearly every song. ‘Remember’, the first track, builds to a catchy chorus and, if you’re a new listener to Saves The Day, introduces you to Conley’s toned down Tom DeLonge-esque voice with its endearingly over-the-top preppy American accent. Our favourite is ‘Xenophobic Blind Left Hook’ which obviously has a pretty unique name that manages to get us interested before it is even played. It has an amazing guitar riff during the verses that we find ourselves humming merrily along to. ‘In The Inbetween’ is a brightly uplifting pep-talk of a song, and even though the subject matter is a car crash it still manages to stay in high spirits. Nostalgically lovelorn ‘Beyond All Of Time’ sees a nice change in Conley’s voice when at certain points of the chorus it becomes gravelly and strained, and that genuinely adds to the emotion as he takes you back in time with him. ‘Aint No Kind Of Love’ has a heavier bass line that gives an interesting contrast to his familiarly clean-cut voice. The featured guitar solo really gets interesting, until they cut it short with vocals which is a bit disappointing. Finally, the intelligently written and poignant lyrics are really allowed to shine through in the dulcet ‘Supernova’. Overall, ‘Saves The Day’ is an album full of life that gets you caught up in its whirlwind of adolescent-feeling energy.