He’s back! No, not your creepy uncle who is only mentioned in hushed tones since that awkward moment you can just about recall at your eighth birthday party involving the magician and your cake, the illustrious skin-pounder from everyone’s favourite masked Iowa nine piece – Joey Jordison. 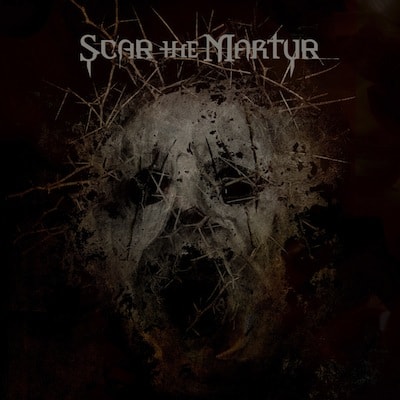 Scar The Martyr is the diminutive drummer’s latest side project and, featuring former members of Strapping Young Lad, Nine Inch Nails and Darkest Hour, Murderdolls this is definitely not. Two tracks, ‘Blood Host’, and ‘Soul Disintegration’ have already been released via the band’s website to whet the appetite and they give a fairly good idea of what you can expect from the full 14 track album.

Behind the desk is Rhys Fulber whose production credits include the likes of Rob Zombie, Mindless Self Indulgence, Front Line Assembly, and Fear Factory and you can certainly hear the ilk of such influences coming through on this release, particularly the latter. Don’t get me wrong, this album is very definitely Metal with a capital M, but it’s not the methodical pounding of Slipknot. Scar the Martyr have far more in common with the pacier side of Fear Factory, or even the later work of Spineshank. It has that non-stop visceral energy and speed, strip away the overt electronica of the aforementioned bands and you get a fair summation of what Joey’s new band are all about.

After a suitably ominous (if a little predictable) intro, ‘Blood Host’ gallops out of the blocks and it’s a breakneck ride from there on in. Relatively unknown vocalist Henry Derek is a perfect choice to front this band, and his melodic rasp slides beautifully over the top of the unrelenting speed and heft of the backing. Credit must be given to Fulber for the management of this cauldron of sound as Scar The Martyr is one of those albums in which, despite the almighty noise that is being made collectively, you can focus your attention on the drums, the vocals, the guitars, or the keys, and pick out the intricate work each component is doing. Step back again and it all swoons back together into a breathless crush of adrenaline-inducing metal.

If one wanted to be extremely critical it would be possible to raise an eyebrow over some of the lyrics which are standard metal fodder, hinted at by some of the track titles, such as, ‘Effigy Unborn’, ‘My Retribution’, ‘Last Night On Earth’ etc. But this isn’t the place for any unnecessary pretention, this is a metal that begs to be stomped to and sung to. The overall effect of the album is entirely of celebration in spite of the dark themes. We aren’t talking nu-metal here, but we are talking about pumping fists in a delirious pit.

Scar The Martyr aren’t going to change the world with their sound, but it’s been a hell of a long time since my pulse was raised by a quality slab of metal like this.