There’s nothing we love more than a good comeback. Nine years after their last full length album, Death of a Dead Day, British progressive metal legends, SikTh, have returned with their latest offering, ‘Opacities’. 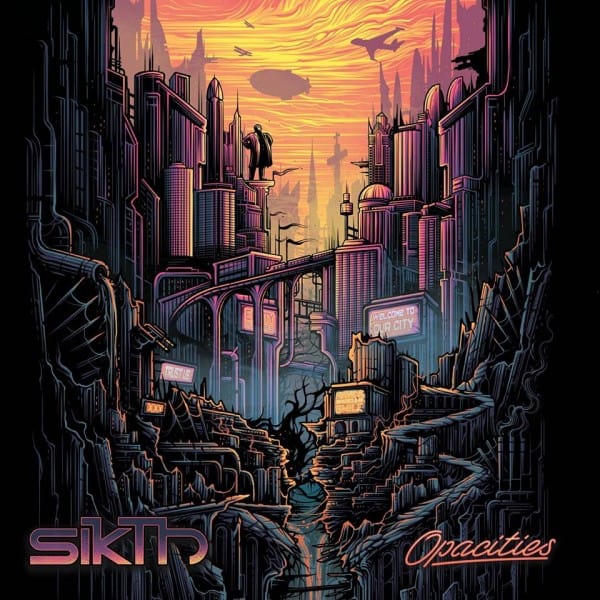 After teasing fans for the past two years by playing scattered festivals following a hiatus in 2008, SikTh continue to string us along with Opacities, a mini-album set for release on December 4 with legendary UK metal label, Peaceville. The six track taster is just enough to satiate the hunger for more of the band’s unique blend of metal.

Straight out of the gates we’re hit hard with ‘Behind the Doors’, knocking us aside with heavy riffs followed quickly by vocalists Justin Hill and Mikee Goodman’s manic, staggered verses. Chaotic screams and low growls create a feeling of unsettlement and complete captivation. A great bassline stands out behind more gentle vocals and keeps piling more dimensions throughout the four-minute track with layered vocals, different tempos and a range of styles, somehow fitting together in the strangest possible way. ‘Philistine Philosophies’ hooks us in with a tenacious intro of classic metal guitars that lead to Hill and Goodman’s masterful pairing and harmonies using all the best elements of metal to create a different sound. Each shrieking vocal note hits like a bullet while lower tones help maintain a balance that’s carried throughout.

‘Under The Weeping Moon’ delivers a hard hitting rhythmic sound that really highlights a dirty/clean dynamic between the vocalists that comes off like a gunfight in the verses with alternating lines recklessly flying through the air, landing hard, on target. ‘Tokyo Lights’ is a short, unsettling spoken track that displays a musical element in each line as it progresses into what sounds like a monologue from a horror movie, reminiscent of Freddy Krueger’s threatening, but enticing tone. ‘Walking Shadows’ starts with an ever impressive merciless guitar intro, leading into a more melodic track. A spoken breakdown is laced with effortless growls and pours out an emotive tone. Bringing the album to a close is ‘Days are Dreamed’. A delicate and intricate intro begins to build on layered vocals with a controlled and full sound that gradually boils to something heavier followed by a calm fade out.

‘Opacities’ is an impressive six track offering that culminates in a powerful and much anticipated release from SikTh with more layers than an onion and a profound ability to create impactful, heavy tracks without fail.