When Sleigh Bells first pierced our vicinity (and eardrums) in 2010, everyone jumped on their noise pop bandwagon. Six years and three albums later, their 14-track discombobulation in the form of Jessica Rabbit has once again ignited the fire in our bellies. 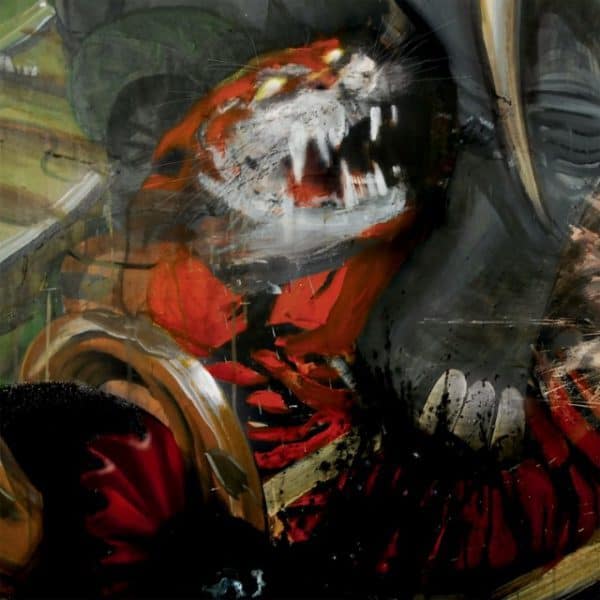 ‘I Can’t Stand You Anymore’ is an excellent jumble of powerhouse vocals and synthy beats, peppered with all the teen angst and tenacity of the Sleigh Bells we love. “You’re killing me, but I’m killing me too” muses Alexis, administering rage so you feel sort of angry, too. At times her voice truly gleams, like in ‘Crucible’ where she’s a less miserable, more cheerleader-esque Taylor Momsen.

Remember the keyboards at school that had those haphazard “DJ!” sound effects? The class clowns would relentlessly hammer them when the teacher was talking. Sleigh Bells have seemingly drawn inspiration from said keyboards, and it actually works.

With this release, they’re not so much thinking outside of the box as running at full pelt to their own upside-down hullabaloo kingdom that’s impenetrable sans-password.

‘Torn Clean’ is an ethereal palate cleanser in an otherwise sweaty cornucopia, and the interlude doesn’t get lost amongst the other more rock-driven efforts. ‘Lightning Turns Sawdust Gold’, seemingly fortuitous title aside, features monopolising piano which reminds us that Sleigh Bells aren’t a one-trick pony. Alexis dances in the chaos that Derek creates like some sort of punk angel figure. ‘Rule Number One’ channels Alison Mosshart of The Kills, which is no mean feat.

Sleigh Bells have engraved their stamp on this often lost genre, baffling their fans with thespian, innovative paeans. Jessica Rabbit is a difficult listen that challenges us to comprehend it, with saccharine arias and synth dubs popping up all over the shop.

‘It’s Just Us Now’ rips apart at the chorus, decisively changing tempo without warning and ensuring listeners are paying attention. Under the mass of pandemonium there is a real heartbeat and Sleigh Bells should be pretty chuffed with themselves. It’s all dangerous and out-there enough to convince us (and perhaps themselves) that they’re still the noise pop banditos they once were, circa smash hit ‘Infinity Guitars’.

It’s clear that Sleigh Bells have intended to showcase each niche talent they possess, like when you’re young and you recklessly mix up your paints into a brown sludge. That’s not to say that Jessica Rabbit is an unattractively chemical, 90s mess. If they focused on capturing a sweet spot somewhere in between their early handiwork and an innovative and relevant beast, they’d be laughing.

The ambition is certainly there, but it all comes down to whether or not people are rapt enough to tap into it. Every track on this release is wrongly catchy, and you sort of hate yourself for your unsuspecting head-bopping on around the third listen.

To call the album Jessica Rabbit is surely an ode to its impossibility and outlandishness, just as the cartoon enigma herself is. If you’re into grandiose pop teamed with chaotic techno beats and loaded guitar riffs, follow Sleigh Bells’ yellow brick road, as it’s a trippy yet worthwhile voyage.