In the late 1970s the ‘alternative’ music industry was wound tight to the point of implosion – an undercurrent of frustration had begun to occur in the face of bloated and indulgent 60s alumni. As the decade entered its autumn years, that frustration rose to the surface, armed with three chords and angry as hell. 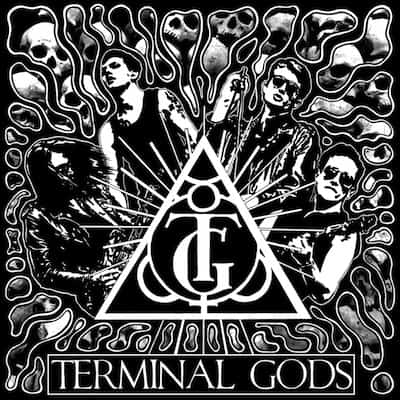 Punk – for this writer at least – came to embody the very thing it sought to rebel against: A movement eventually saturated by its own myth, too heavily reliant on aesthetic, petering out after its initial creative spurts. What it did give us was the glorious realisation of the DIY ethic. The preposterous suggestion that any budding musician could record their material without the aid of beardy “know-it-all” producers was the catalyst needed to re-ignite rock ‘n’ roll. In saying this, I remember my own band, affectionately piecing together our own demo EP on my uncle’s old four-track cassette (!) studio.

Attitude and “the look” can only get you so far before a discerning listener pulls back the veil, revealing the hollow nature of your work. London’s Terminal Gods – a band honed and oiled (or some such metaphor) through two years of hard graft – suffer no such hang-ups, packing a defiant punch to back their ‘smoke and shades’ image. 7-inch debut ‘Electric Eyes’ announced the self-professed ‘Heavy Leather Love Children’ as post Brit-goth contenders for the vinyl revival generation: A seamless blend of early Sisters Of Mercy [happy now?] and bludgeoning, drum-machine driven rock ‘n’ roll rhetoric, they came peddling enough limited and special edition paraphernalia fit for a NWOBHM convention. With the departure of original bass player Katie Halinski, the band have regrouped and with Jonathan Campbell in tow, continued to build their following at home and abroad.

‘Machine Beat Messiah’ is at once an exercise in wry humour and, well, a fairly accurate description of its sound, stomping its feet and brimming with confidence. This is the Gods’ most ambitious work to date, building on the promise of second single ‘Lessons in Fire’. Marred only by their limited technical abilities, there is a wealth of imagination just itching to break out. Trace elements of their furtive guise remain in the treble-heavy production and occasionally clumsy guitar work, but the sound is altogether more vibrant thanks to engineer Gordon Young.

Intro ‘Machine Beat Blues’ doesn’t prevaricate and sets the scene with well-tempered aggression, propelled by Robert Cowlin’s enticing baritone. Gritty post-punk roots still form their stylistic bedrock, but there’s more: Persona’s snaking 12-string riff takes Roger McGuinn and throws him a neat Scotch and pointy boots, and the Iggy loving “be my baby” chorus will be hollered by all but those too cool to join in. Hide the flour and Stetsons, here comes ‘The Resurrection Man’ – perhaps the band’s most important song to date, showcasing Campbell’s metronomic bass lines and their will to explore longer, more elaborate ideas. They break new dynamic ground, with acoustic flourishes and softer touches from the drum rig adding welcome light and shade. 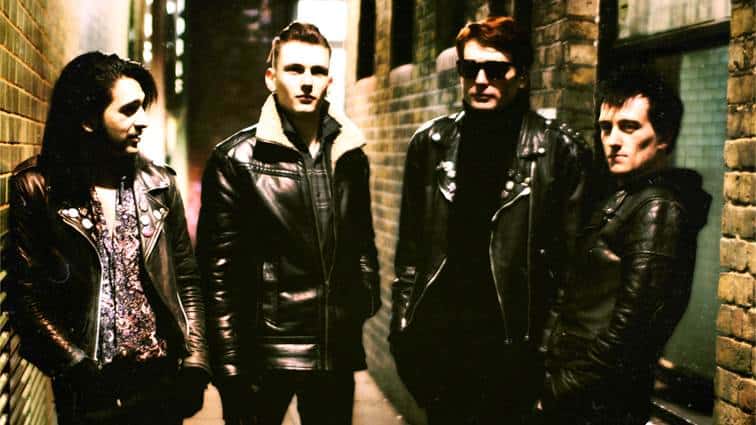 No, that’s not Neil Young you hear on ‘Snakebite Smile’, but if he could squeeze into a pair of skinnies, he may have written it. This is more ‘Dirty Harry’ than ‘Cowboy Zombies’, and could just be the best thing they’ve done. The filmic nature of these pieces reveals a storyteller in Cowlin – a weaving of urban grit, wit and oblique narrative which avoid the traps of juvenility. Now we’re stranded on some unmarked track, when roaring out the sun comes ‘The Wheels of Love’ – the band’s first bona-fide pop song, and vital counterpoint to the previous tracks. Escapism is every band’s lyric de jour, subverted here into something fresh and invigorating; perfect earworm to cast off those rainy day blues. It is with regret that the only real so-so moment occurs towards the end: ‘King Hell’ possesses enough gunpowder, but the canon never truly ignites. The blustery chorus passages see guitarists Robert Maisey and Josh Cooper indulge in some delicious effects-heavy thrashing, but the crescendo the song needs never arrives – the King has wandered from his throne, and on the back of ‘Wheels…’ brings things to a rather inauspicious conclusion.

This is the sound of a band in its transitory stages – releasing the reigns from those they pay homage to and moving toward something more interesting, the realisation of its own unique sonic palette. Well and truly primed as they set their sights on a debut LP, ‘Machine Beat Messiah’ marks a coronation of sorts. A strong, visceral and waxy hark back to the days of “sod ‘em”, where the only things that mattered were your music and your sincerity…and [possibly], the obscurity of your leather jacket design. Snap it up while you still can.