So that’s what it means to turn things up a notch. To put it bluntly, the new record from history buffs The Bastard Sons is a blast, full of new melodies and an intense heaviness to test everything they’ve done before. Seeing them go full circle is a hell of a thing. They take each element of their two EPs and amp each one of them up one by one. Everything you want is here, fans, and I speak as a fan myself. That opener is exactly what you need when you press play. A feel-good, racy, ranty ride of remorseless rampage. Those breakdowns are the shit and the gang shouts blatantly spelling out the name that Radio 1 are so afraid of saying brazenly brag what you’re dealing with. But this, as the band tells you, is only where the party starts. 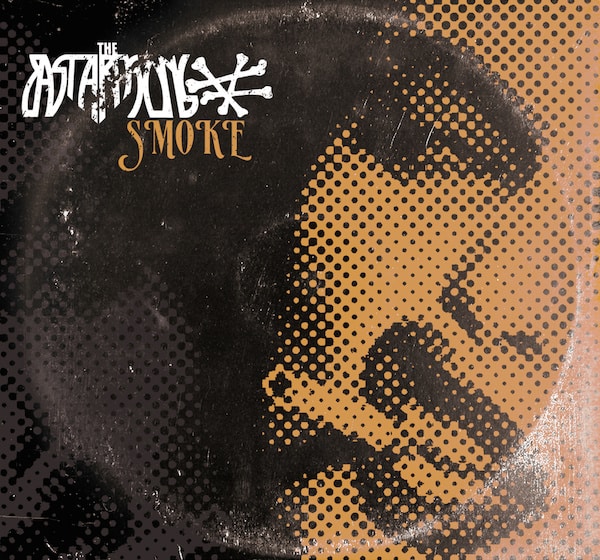 ‘Release the Hounds’ is a pure headbanger right from the getgo and reminiscent of the tracks that make their gigs so invigorating. A couple of listens and the choruses will be living inside of you. No, not like Alien. I’m too lazy to kick that dead horse. Then again, I kinda just did. Fuck you, horse. It’s likely you won’t notice the transition to track three the first time through, as it carries things forward in a similar vein to track two. But fear not, it takes an interesting turn with the chorus where all that Bastard Sons melodic magic is blistering brightly. Things get a little somber with ‘Sobre La Muer’ but without losing the groove. A foreshadowing of the last two tracks possibly? Hmmm.

Remember what I said about things being pushed up a notch? The heaviness is the thing with the next two songs. Particularly with ‘I’m Only A Call Away’ which flits between a disjointed RSJ-esque chord cluster and an infectious bout of sickness and diabolically awesome melody, leading right into the short but sweet ‘U.S Against Them’ which is so heavy it kinda makes me wanna fight things. Hell, I’d join in with the lads here and ride a horse into battle. I’d enjoy that. Probably much later after I’d successfully fled the fight with tears of fear in my eyes, but still.

‘Listen Here’ is a banger of a tune littered with imagery and storytelling. Those open strings and harmonics in the verses really compliment everything else going on, and to top it off, the choruses contain ‘woahs’ that do not sound metalcore-y in the slightest. This is an impressive achievement. Aside from JJ’s obvious vocal progression demonstrated massively in track ten, there’s not much I wish to say there. It’s awesome. Done.

‘Stay True’ is another that’s over in a flash. It takes the sombreness of ‘Sobre La Muer’ to a New Level in a way that Phil Anselmo’s peanut brain isn’t capable. It takes away the distortion and brings the listener to a more peaceful place. ‘Exist-Distance’ in contrast brings the screams, the slams, and the groove back but captures something very special indeed. Something this fan hasn’t heard yet. The feel-good tones are gone. The grooves are diminished. Now you’re dealing with raw emotional power to send you home, and by that I sure as shit don’t mean grabbing your coats and leaving the show early. A wonderfully epic way to end the experience. Wait, is that a replay click I hear?

This album doesn’t have a single weak moment. The only thing I can nitpick, and I’m really reaching here, is that there is a lot of similarity between some tracks, but when everything is stronger than before, what on earth does a complaint like that mean? If this disc doesn’t see The Bastard Sons into the public eye, it’s likely that God will appear, that pigs will fly, and that I will become a history teacher, and I can’t even properly remember what happened in World War 2. For the sake of your children, do not miss out on this.