New Jersey mathcore/prog-metal veterans The Dillinger Escape Plan will shortly be going on an indefinite hiatus, and as a send-off of sorts (for the time being, anyway) their sixth studio album Dissociation comes at the listener with everything you can expect from the quintet. Frantic drumming, constantly shifting time signatures that initially may confuse new listeners, but then sound so natural when one gets used to their style, and, of course, loudness. Just loudness. It’s a dynamic combination which has earned them a loyal fanbase over the past nineteen years, and made them stand out from their contemporaries. 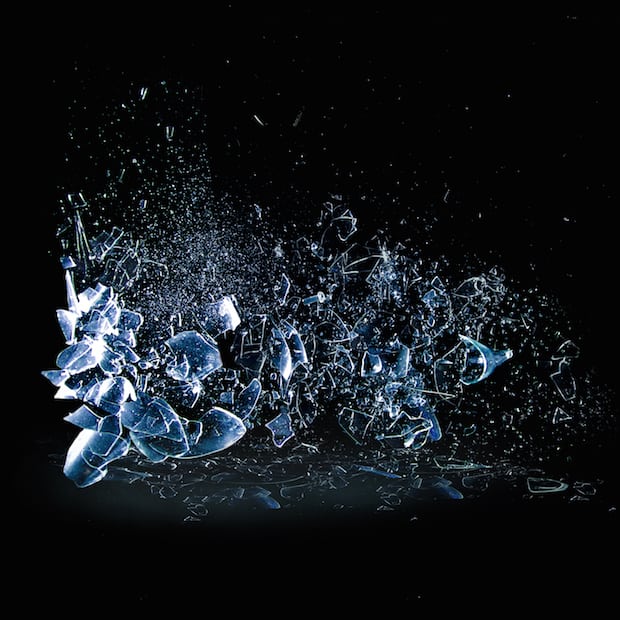 Opener Limerent Death is typical of this style. Its tempos are all over the place, never giving the listener a chance to settle into the grooves, but rather bursting in and out of whatever lulls it falls into. Low Feels Blvd, a discordant screamer, makes use of the stop/start dynamic, while Manufacturing Discontent is driven by the drums, exemplified by a great break in the middle.

It’s not frantic all the time though. Symptom of Terminal Illness, the album’s sophomore track, has a classic metal feel to it, and features guitar work that wouldn’t sound out of place on a Metallica album. The centrepiece of the album is Fugue, a dark electronic instrumental that incorporates drum and bass sounding beats, and is a world apart from the typical sound on Dissociation.

Elsewhere, Surrogate throws the listener in the deep end from the offset, as they are instantly ambushed by frontman Greg Puciato’s pained screams, set to the tune of overpowering guitars and frenzied drums. Again, the dynamics are ever changing, and it’s almost whimsical sounding, how frequent the rhythms change. Honey Suckle is just one deafening explosion of anger and discontent, the emotions expressed both in the vocals and the raw, uncompromising instrumentation. What a lot of these songs have in common, is that they possess the spirit of hardcore punk. Highly energised music to make people jump around and give them an outlet for their anger. It’s music designed for circle pits and dirty, sweaty venues. It’s perfect for live outlets.

However, despite the ramshackle feel of their music on the surface, it is executed with a tightness and professionalism that can only be performed by people who are, well, very good musicians. Because that’s the key to the success of the Dillinger Escape Plan. It’s brilliantly crafted disorientation. Their music is all about the energy, but it’s an energy which is exhibited by technically awesome guitar playing and intelligent drumming. To call upon art movements from yesteryear as a point of reference, they take the old romanticism-era ethos of creating artwork that is purely driven by emotion, as raw emotion is what feeds off their music, and in turn what their music feeds off, but with the precision and meticulous craftsmanship that came with the enlightened thinkers.

If nothing else, it is admirable to listen to a clearly talented band who don’t shove their talent down your throat at every opportunity. The whole point of the Dillinger Escape Plan isn’t to say, “hey, look at how good at guitar I am”, but simply to display their emotions, and to inspire others to do the same through music.

For, what sadly could be the last time, Dillinger are furious, they’re disillusioned, and they’re unapologetic about it. It’s not music that you listen to because you want nice, friendly tunes, but for people who like to be overwhelmed by huge walls of energy and anger, or people who want to sit in awe and listen to some incredible guitar and drum work, then it’s ideal. The Dillinger Escape Plan say goodbye with a parting gift that their devoted fans will be satisfied with.