Album Review: The Holy Orders – ‘For The Ears Of Dogs To Come’

Home » Album Review: The Holy Orders – ‘For The Ears Of Dogs To Come’

Hull-based four-piece The Holy Orders have been cited as an alternative to derivative guitar music (specifically “Strokes/Interpol/Editors soundalikes” according to BBC 6Music’s Tom Robinson) – big praise, but can their debut record ‘For The Ears Of Dogs To Come’ live up to that statement? We’ll endeavour to find out. 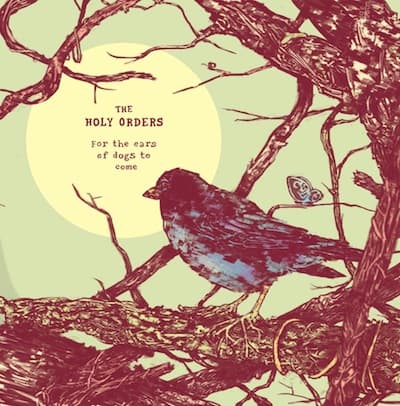 ‘Walk/Don’t Walk’ shambles forward, zombie-like, implacable and menacing, before setting upon the listener with a relentless, jolting fury. The lyrics can often be as uncompromising as the music is with scornful, irony-laced quips (“There’s a gram of cocaine with your name on it/It’s cut to hell with laxatives but you don’t give a shit.”) and lecherous advances (“I caught her at the bar while her defences were low.”)

The Holy Orders seem to save the best for last, however, as a no-holds-barred riff-fest bursts from the looming, bass driven intro to ‘Dance Motherfu**ers’. The record’s closing track also features its most incisive hook – “we might not like each other, but we hate you more,” Matt Edible shouts, offering up a combative, us-against-the-world mentality. On that sort of form, you probably wouldn’t want to bet against them either.