Album Review: The Pod – ‘Faded Memory From A Dying Sun’

The darkness is here, truly. This album will appeal to the bleakest among us, with its sinister tones and penchant for tone and mood. That title alone speaks volumes! C’mon, “faded memory…”, that’s got it all, from implications of nostalgia to emotional torment, and “from a dying sun…”? Is that about our universe, our lives, or something else? Either way, it’s awesome that we’re thinking about it. 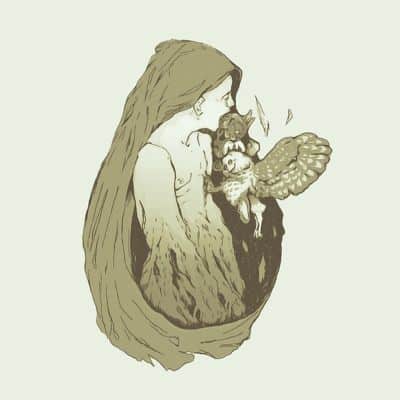 The Pod doesn’t mess around. Listen to one track, and you’ll know if you like it or not. It will catch the attention of those who have the innate desire for dark orchestrations, and that’s a hell of a niche!

One undisputable thing about Scott Endres (The Pod) is his musical mind. He has the passion, the organic creativity, and when it comes to atmosphere he knows a thing or two. The opening track ‘Activated Charcoal’ has all sorts of colours, that uplifting electronic fusion an inspiring sound, and then the vicious inhuman vocals kick in and you know you’re dealing with complexity. This album is unique. Those electronics might not sound natural or particularly engaging on their own, but the notes they strike, combined with the snapping echoing drums, have something going for them. ‘Going Home’, as a good example, sucks you into its world, instigates a narrative in your mind, and somehow, hell knows how, constructs and maintains a bleak mood. It’s gotta be those notes, they’re so disjointed from normality that there’s a degree of fascination. Another example is ‘Collecting Dust’. It fades into the air from the abyss, and infects the room, rotting through the walls, seeping methodically into the world. So sinister! The same can be said for ‘Foil’ and ‘Before The Law’, and the ultimate void, ‘The Perimeter Lined With Dirt’, which really bides its time. The way the feedback sounds fade in amongst the electro is engaging and relaxing. Y’know those times when you’re stressed and fed up of everything, and want something slow paced and chilled to listen to, preferably something that doesn’t pick up too much? Well, this is that. It’s seven minutes of pure uninterrupted atmosphere. Dark atmosphere, sure, but soothing nonetheless!

The final two tracks are more of the same. ‘Calatrava’ sounds similar to previous efforts, but ‘Lost Time’ is another atmospheric build up and is more engaging than the seven minute offering. This one’s the highlight! Sadly, this LP is not very diverse. The tracks are very one in the same for the most part, with more detail they could have been more effective. There is one song in particular that stands apart form the rest, employing groove rather than pensiveness, and that song is ‘2:35’. But the electronics are too blatant, the riff unoriginal, and it does a terrible job of disguising the fact that it was created on a computer. But is it a good album overall? Well, it definitely has the ideas, and there’s a few interesting new sounds on there, so yeah, not bad at all! It will be interesting to see how Endres advances from here.