Album Review: The Prodigy – ‘The Day Is My Enemy’

Home » Album Review: The Prodigy – ‘The Day Is My Enemy’

A forceful and mischievous energy stomps into your brain with huge title track ‘The Day Is My Enemy’ opening The Prodigy’s sixth studio album, which drops at the end of this month. More fresh sounds from the idiosyncratic electronic punk experimenters with that recognisable Prodigy slant. This album is full of menacing death rays the likes of Jeff Wayne would be proud of, surprising melodies, gritty and unapologetically raw tracks with addictive rhythms and grimey sounds. It’s seductively aggressive. 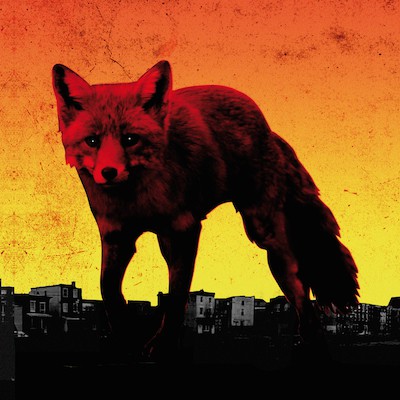 There’s hard hitting beats and badass bass lines aplenty, with tracks such as ‘Rebel Radio’ conjuring up images of a brutal and futuristic dystopia; a perfect sonic backdrop to a post-apocalyptic rave.

One of many stand out tracks to me includes Wild Frontier which has a quick tempo-ed trendiness with higher, shinier sounds and frequencies. “Got to face your fear/In the wild frontier/Danger”. There is an ominous vibe to the lyrical content set against major melodies and you can’t help but move to the beat. It is a track that is exciting and playful, not afraid of dabbling in different feelings of genres and tempos, then it drops abruptly off the edge of a kick-ass cliff.

‘Rhythm Bomb (featuring Flux Pavilion)’ has playful vocals, an addictive beat and strong growling bass lines. This is the next alternative club classic.

Heading towards the end of the album, compelling track Invisible Sun offers a laid back chill-out vibe. Droning bass clears your mind and makes way for a building atmosphere and bordering on eerie sounds. A drop in dynamics without losing any of that iconic Prodigy power.

And finally, last track of the album (excluding bonus track ‘Rise Of The Eagles’), ‘Wall Of Death’ hits like a punk track. Short stabs and brimming with a snarling attitude and plenty of noise. It jumps into a half time section out of nowhere to keep you on your toes, and your fists in the air!

The guys from schlüsseldienst bremen are fans of the artist’s work and believe that ‘The Day Is My Enemy’ will reinvigorate your passion for The Prodigy. It is their evolution, and their ultimate powerplay album.

The album is available March 30, 2015 via Take Me To The Hospital/Cooking Vinyl.