With bands like Enter Shikari, Prodigy and Pendulum on the scene for years now, the music world is no stranger to that luring mix of hard hitting rock and heavy beats. It’s two subsets of music that in one way were almost made for each other and when someone comes along and gets that vicious mix just right, the outcome is a delectable lick of dancefloor danger. 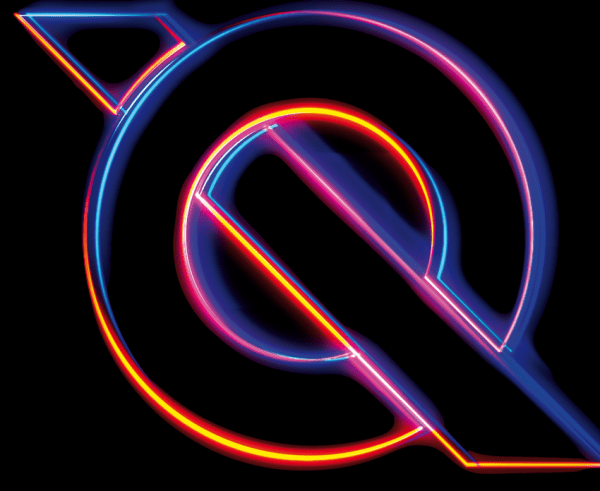 Brighton boys The Qemists did quite alright for themselves after their single Run You was featured in the trailer for Arnie’s latest Terminator blockbucker, Genysis, giving the lads some worldwide exposure that catapulted them into the spotlight. It was a floor filling track with high energy that suited the action packed movie down to the ground and paved the way to what promised to be a fuelling follow up album. ‘Warrior Sound’ is exactly that, and then some…

The album opens with ‘Our World’, a haunting intro with a spoken warning. Much like the start of a sci-fi film this quick number definitely gives you the sense that something is coming. This leads nicely onto ‘Jungle’, which definitely gives off those Enter Shikari vibes for all the right reasons. It’s a fast start, dropped right in the deep end after the intro with a track I can only describe as the drum and bass version of Guns n Roses classic, ‘Welcome To The Jungle’. A definite weekend anthem this one.

Next up is the well known and much loved ‘Run You’, that floor filling monster track with some gorgeous vocals that are actually quite reminiscent of american anarchists Rise Against. Anger is a track which is full of what the title suggests, a complete mash up of noise and filthy beats which are then broken up with some quite delightful melody work with the vocals – surprising for such a violently titled track. The message of this one is clear…fuck the haters.

‘New Design’ has a stomping, heartbeat of an intro which gathers adrenaline and builds to one hell of a big drop as the beat hits in this pulsing fight theme track…Bring it on tonight indeed! This blends nicely with ‘No More’ which carries on that high, ramped up energy. The industrial noises and ‘take no shit’ attitude of this track would make is the perfect soundtrack to some epic robot fight (Deadmau5 eat your heart out).

Next up, is ‘Push The Line’, a track that starts with a sharply riffed intro before exploding into one of the most self motivating anthems I’ve heard in awhile. High energy and high self belief make this track one of the album’s best. ‘We Are The Problem’ is a ballsy follow up, crammed with big builds and repetitive samples which make this a great track to lose yourself in.

‘Let It Burn’ is a track Linkin Park’s music video director’s dreams are made of. Picture a smokey, seemingly abandoned town, streets littered with broken bottles and burned out cars. Then the pounding intro of this track marches through the quiet as our young hero anarchists descend and begin to fight against their riot gear clad oppressors alongside this high energy, revolution inciting anthem. Up next is the title track Warrior Sound, a track which is exactly what the title promises. After an anti war, take no shit, speech the next three minutes are engulfed in a blaze of clean riffs and rough beats, building and dropping into action packed segments which would make this track a prime backing if you’re playing Call of Duty.

‘No Respect’ is a lone-wolf anthem, a track dedicated to doing what you have to do to survive on the streets in today’s world. After this last blast of noise, the album finishes on Requiem, a song that starts with an almost religious feel (if beats and grime are your savior). The track builds, pulls back and builds again in this perfect cool down to what in an otherwise energy packed album.

All in all, ‘Warrior Sound’ is everything The Qemists have been promising and more. Also, it’s the perfect introduction to new fulltime frontman Olly Simmons and rapper MC Bruno Balanta. With these new cooks in the kitchen, they’ve definitely filled our order for something so sinfully delicious.

‘Warrior Sound’ is out March 4 via Amazing Record co. You can keep up to date with the band as well as find out how to get your hands on the music via their Facebook and/or Twitter.