It’s nice to have a little bit of reggae in your ears now and again, just because of how easy it is to chill out to. The Skints new album, ‘FM’ is pretty good for this purpose. 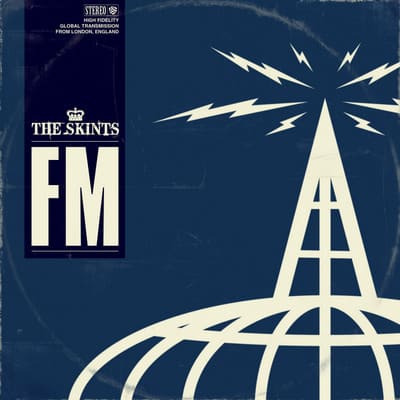 ‘FM’ is a concept album based on the band’s interest in the radio, giving a nod to the way that it has helped them develop their music knowledge and keep in touch with various forms of reggae music over time.

It’s played out as though appearing on a radio station, the fictitious 103.Skints/Frequency Murderation. In between some tracks you’ll hear cheesy radio-like bits, such as ‘Dancehall Dilemmas with Dr Ranking Pegasus’ and ‘Grime Hour With Rivz’.

To be honest, not unlike the radio, those bits are a bit jarring but the actual music is pretty nice. You get a relaxed mix of reggae and dub with hints of London-style hip hop and grime, which is fairly fitting to The Skints’ mantra.

The most stand out tracks are the ones where the chilled out music is overlaid with more angsty lyrics, such as ‘Friends and Business’ and ‘The Forest For The Trees’.

Coolest of all is a cover of Black Flag’s My War. The Skints have really made the track their own, taking it away from the angry, rough and ready punk original and making it into more of a melancholic and nicely polished song. Totally different but very nice.

‘FM’ is the second full-length album from The Skints, following on from 2012’s ‘Part and Parcel’, and it feels a bit more diverse and well produced this time around.

While ‘Part and Parcel’ was a nice record, it’s great to see The Skints pushing forward with this next album. You have to take your hat off to this band, they started out in the underground scene in London, playing in squats, to finally getting a full album out with the help of crowd-funding, playing festival dates and supporting the likes of Sublime With Rome.

Now they’re taking another step up. With their reputation for putting on killer gigs, you feel like ‘FM’ will be at its best live.