We love the Smashing Pumpkins for many different reasons that we can’t really get into right now, but one prominent reason is that they can put out a re-release and still produce something completely new and breathtaking. 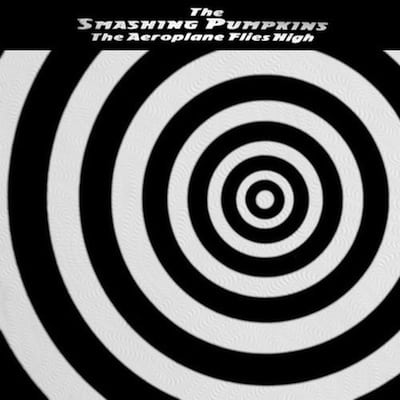 Well, maybe not completely new, but there are certainly things that we have never heard before. The new limited edition re-release of The Smashing Pumpkins’ 1996 epic box-set ‘The Aeroplane Flies High’ not only includes a remastered version of the original thirty three track album, but has been expanded to 104 tracks including audio-visual efforts, unreleased demos and a sixth disc of live recordings from the 1996 ‘Mellon Collie’ tour. The original five disc box-sets included expanded versions of singles from the band’s double album ‘Mellon Collie And The Infinite Sadness’, released in 1995. Basically, what we’re saying is that this is the ultimate collectible for any Smashing Pumpkins fan and we’re psyched to be able to have listened.

While we’re sure that the re-issue of what was already an incredible box set is impossible to disappoint, the taste of the album that we hear makes us completely fall back in love with this band. Kicking off with a version of ‘Jupiter’s Lament’ that gives us goosebumps from the very first chord, we’re captivated right away. This is a slightly different and less raw sounding version than the original, but equally as powerful with a basic guitar and Billy Corgan’s iconic vocals. This truly displays the winning combination of simplicity and intricacy that is notably heard in any Smashing Pumpkins track.

Going straight from the calm and peaceful first song we’re led into a heavy instrumental whirlwind with ‘Jackboot’, from Billy Corgan’s ‘Gravity Demos’. This beast of an instrumental piece is a rocking and rhythmic track coming in at just over five minutes laced with a steady rhythm guitar throughout, impressive solos, a mesmerizing bass line and solid drum beats. This brings us to the bass-heavy intro of ‘Set The Ray To Jerry’ from the band’s rehearsal before their 1995 performance at Double Door in Chicago. Also coming from the band’s rehearsal before Double Door is a great version of ‘Here Is No Why’. We love the inside look of the band’s rehearsals that these tracks give us, where we can really hear the raw uncut talent of the band in their prime. The sampler we hear also contains a recording from the band’s performance in Chicago of the intense and aggressive ‘God’ full of the energy and angst that we love from this band as well as a recording of ‘Melodori Magpie’ from another performance at Double Door only seven days later.

Of course the album wouldn’t be complete without stripped down versions of singles that helped put the Smashing Pumpkins on the map such as an acoustic recording of ‘1979’ and a live performance of ‘Thirty Three’ from New York in 1996. Whether acoustic, live or just plain raw sounding this taste of the box-set shows us the diversity that the Smashing Pumpkins contributed to the music scene in the nineties and how they still remain one of the most influential bands of that decade. We know it sounds like a cliché, but there’s really nothing else to say, there really is something for everyone in this re-release.