Luis Vasquez manifests his fears in ‘Deeper’, the third album from his solo project The Soft Moon, set for release on March 30. 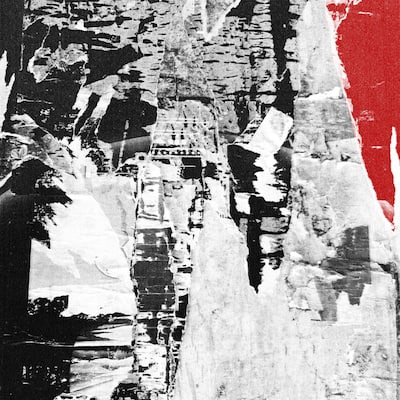 Following 2012’s ‘Zeros’, Vasquez stated that he would no longer produce works as a solo artist, but a move to Italy changed his vision, culminating in the pensive and merciless, ‘Deeper’. The isolation and primal fear of solitude is an overwhelming influence in the eleven track offering, releasing a flood of emotional and uninhibited songs with vague, but still effective one word titles. Although the album comes from a dark place for Vasquez, it fails to deliver the same level of poignancy as its predecessor and falls flat for us early on.

Starting with the aptly titled, ‘Inward’, a short instrumental introduction offers a glimpse into the bleak mind-set of the album. Whirring techno beats bring an unsettling beginning to the dark collection, building into a crescendo and finishing with a cold stop. The album continues with pulsing electronic sounds, riddled with breathy vocals in ‘Black’. Even with the presence of the occasional up-tempo track, such as ‘Far’ and ‘Wrong’, we’re left detached from the reflective nature of the album through consistent overwhelming and dulling bass and industrial notes heard in nearly every track.

The macabre nature of the lyrics draws us back in, heard in ‘Desertion’ with the proclamation ‘I am left to die alone’ surrounded by repetitive and sometimes chaotic beats and effects. Although each track begins to merge together through similar melodies and rhythms, ‘Wasting’ breaks away to explore a different avenue with a more careful execution and a variance from the other songs of the album. Different instruments creep behind ghostly vocals in a style similarly used by the likes of Depeche Mode to add another dimension to the collection, bringing the song full circle to create a cohesive track.

Wavering amongst the throbbing beats are more percussive tracks, ‘Feel’ and ‘Deeper’, bringing a necessary dynamic to the album. The final track ‘Being’ highlights the overall eerie tone of the album with a ghastly whisper of ‘I can’t see my face. I don’t know who I am. What is this place? I don’t know where I am’. A final droning rhythm pulls the track along before a solid shrieking note holds out for over two minutes, ending the album with a dramatic close.

The personal lyrics and introspective nature of ‘Deeper’ were lost for us due to overproduction making it difficult to understand the vocals through the discord on most tracks. The heavy EBM style of The Soft Moon is an acquired taste that, when done well, can make a believer out of any listener, but for this reviewer, just seemed to fall short.