Chorley-based band Then Thickens’ debut studio album, quickly adjusts itself into indie rock, with hints of 90s alternative rock running throughout, along with post-punk influences. These mixtures of musical influences help shape this beautifully crafted album, ‘Death Cap At Anglezarke’. 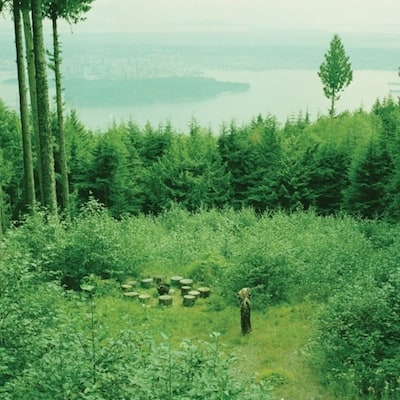 ‘Heaven Won’t Wait’, the first song of the album sets the tone with a peaceful introduction. Alongside monk-like-chant vocals, of Jon-Lee Martin, this mellow introduction to the album is broken with the harmonising of Helen Thrope, who compliments the already powerful vocals. This song is a perfect opening, as it demonstrates the high quality standards of the rest of the tracks, in the way the: lyrics, vocals, power chords and drumming come together in this epic song.

The album is laid out in such a way that each song seems to flow seamlessly in to the next. Although the tone of each track remains similar, each song has a uniqueness, which ensures that the album doesn’t run the risk of sounding the same throughout. The presence of ‘Death Cap’ and ‘Ritalin Love’ in the album, in particular, provides an insight into the band’s full potential with perfect harmonising and beautifully deep lyrics. ‘Ritalin Love’ is a real standout lo-fi song, mixed with post-punk.

‘Wasps In Your Mouth’, is the longest track on the record with running time of 5.30 minutes, and is an epic track to conclude with; it has a sound similar to Snow Patrol and Nine Black Alps. It’s an amalgamation of the best aspects of the album, with the band showcasing their lyrical and musical talent in this quality track. ‘Death Cap At Anglezarke’ is indeed, filled with high quality music which come together to create an epic album. Lyrically and musically beautiful, the album several times dives into darkness with an indie vibe. This album is definitely worth a listen to.