They Might Be Giants are John Flansburgh and John Linnell. They are releasing their 18th album, the second of the year following on from ‘Glean’, titled ‘Why?’. Carrying on with their friendly, funny songs, the album’s overall feel is playful, with sing along tunes and comedic lyrics that make for an enjoyable album. 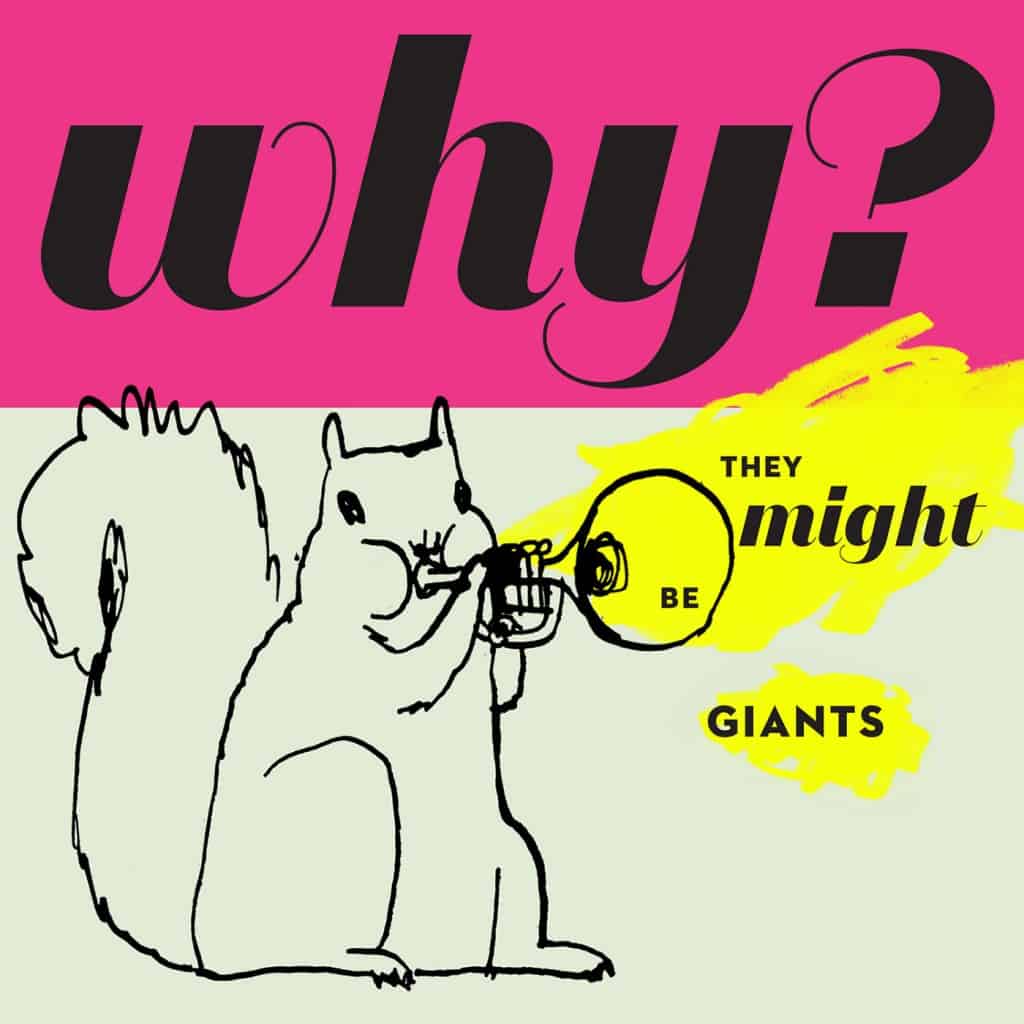 Many of the songs, such as the first track ‘Oh You Did’ (featuring Robin Goldwasser), are about parenthood and trying to control small, mischievous and curious children – and mainly failing. The first lines set it up:  “Don’t accidentally do things you’ll later regret/ oh no you did”. It goes on with  ‘Did you just eat a napkin/ to see what would hapkin/ I thought I told you not to/ but you had to and you did.’

The surreal lyrics TMBG have used in previous albums – such as the wonderfully odd ‘We Want A Rock’ from 1990’s ‘Flood’ (If I were a carpenter I’d hammer on my piglet/ I’d collect the seven dollars/ and I’d buy a big prosthetic forehead/ and wear it on my real head) – are much in evidence on ‘Why?’. The use of the made up word ‘hapkin’ is very much in this tradition. The adult’s lyric is soon followed by the rest of the band singing for the child “Sorry, sorry/ don’t be angry/ I didn’t mean to do it/ I swear I’ll never do that again.”

Another stand out track of the album is a song called ‘I Am Invisible’ where you are shown what weird things go on inside the heads of John Flansburgh and John Linnell, and what they would use their invisibility powers for (if they had them). They list just some of the things they could get up to, such as ‘spinning in the courtroom on one leg’. Like the whole album, it is cheerful and melodic. Favourite lines must be “Did the cat just learn how to fly?/ no I’m only holding him up/ Did the cat turn on the dish washer?/ No I’m holding his paw/ pushing down on the switch”. Like all of the album this song is music that parents and kids can sing along to in the car.

There are many, many more melodic and funny songs on this 18 track album. They include songs like ‘Walking my cat named dog’, with its 60s pop feel and teasing lyric “Dog is a good old cat/ people won’t you think of that/ that’s where I’m at”.

Also with sunny 60s feel, is ‘Elephants’ featuring Danny Weinkauf. Arranged with piano, bells, trumpets and finger clicks, the song explains all about elephants and why you shouldn’t build your house in their path. It gives the very good advice in the chorus to ‘get out of the way/ get out the way/ the elephants are coming through your town today’.

Like their famously child friendly ‘No!’ from 2002, this album is for children and adults, dealing with all sorts of subjects in a fun and melodic way. As TMBG intend, it succeeds in being great for kids and families. The more you listen to it the more you like it.