On a first listen to ‘Epoch’, each track seems to explore darker themes and set different moods to previous albums ‘Dive’ (2011) and ‘Awake’ (2014). The previous albums seem to have a more positive and uplifting feel to them. 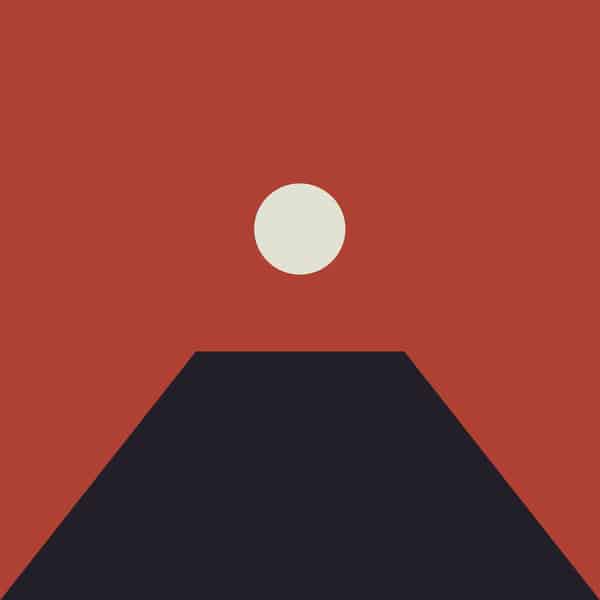 The songs from the first two albums fill you with positivity, hope and adventure. In comparison, I feel the tracks from this record are as if they’re documenting a person that’s on an adventure with no end destination with an unknown ending. Like someone saying ‘I guess we’ll have to see what happens when I get there, who knows what the future holds’. It seems more aggressive and minor.  Almost like the character we create in our minds from Hansen’s music in previous albums has grown wiser and more cautious of the world around them. A sense of awareness, and that not everything is so great after all.

To me, Scott Hansen’s music paints a picture of emotion. Each song feels like a journey of some sort.
And each journey on this album feels like it’s coming to an end, or that it’s a journey of uncertainty. But they’re still somewhat relatable and colourful. Each track feels like you’re in your personal Truman show, and that they were written and scored for your everyday life. But Hansen manages to dig up emotions and make you feel things you never knew were there, scenarios that you haven’t pictured yourself in until a simple chord progression put you there.

‘Glider’ and ‘Horizon’ hit home a sense of familiarity to previous albums, letting us know he’s back. But from the get go, you can tell that Hansen is going for something more ambitious here with a lot more confidence, allowing himself to explore more on this album. He executes this new found confidence superbly, and dives into new sounds and places we’ve never been with him before. ‘Horizon’ is like being on a mission that can’t fail, whilst pulsing beats drive the synth pop bass lines.

Fresh new ideas such as ‘Field’ and ‘Receiver’ explore different boundaries we’ve never seen him enter before. ‘Receiver’ feels like it could have snuck onto Brian Eno’s ‘Apollo: Atmospheres and Sountracks’ (1983) album and no one would notice. Hansen combines the different sub genres so naturally and smoothly. ‘Field’ wraps the listener back into instrumental indie, as does ‘Local’. You could easily think they were composed by a completely different artist. But they still have Hansen’s signature warm synths and ambient dance wizardy, always returning to identify his territory. ‘Source’ is like a bigger mature brother to any song from ‘Awake’ and ‘Slack’ is like a wiser friend to any track from ‘Dive’.

Now with the world’s eyes, new confidence and ever growing fan base on him. If this really is the end of the Tycho trilogy, then we should all be excited for what grammy nominated Scott Hansen has in-store for us next.