Zeal & Ardor is the self-titled third record from the Swiss avant-garde metal band led by Manuel Gagneux. Their last studio album was the critically acclaimed ‘Strange Fruit’ all the way back in 2018 and this new record from the band sees them continuing the level of quality with this fantastic release. 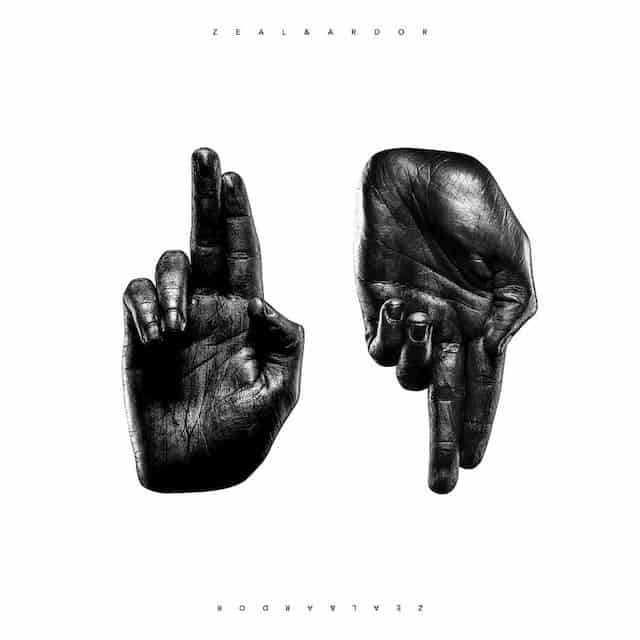 The album is a perfect blend of various different influences ranging from melodic rock to black metal to even elements of soul. It takes the listener on a journey with moments of pure chaos that are juxtaposed by passages that are borderline beautiful.

Lead single ‘Run’ is an early point in the album that smacks the listener around the face. The pounding drumming in the verses sounds like a stampede of millions hurdling together as a unit which is a perfect fit to the vocals that sounds like a leader preaching to his followers. The vocals especially in the chorus have such an urgency and passion. The brutal lyrics match the darkness the instrumentation and vocal style convey masterfully with lines such as “where’s your fucking God when you’re about to rot’, as well as the following line ‘wipe them down in oil and watch the fuckers burn”. The lyrics in this track are able to create such visceral imagery. It’s a great way to bring the listener into the world of the album.

‘Golden Liar’ is a moment in the record that harbours on the more melodic side. It’s a track that has a brilliant gradual build that is able to provoke an underlying feeling of unease. Halfway through the track the listener is greeted to lead guitar that borders between eerie and gorgeous. It’s a great representation of how Zeal & Ardor can walk the line of different moods and sounds expertly.

The following track ‘Erase’ sees Zeal & Ardor emphasising the more black metal sound and truly acing it. It’s a song that really gives a dystopian feeling throughout whether it’s through the off-kilter guitar seen around the halfway point or the closing lyrics of “we’re the only ones left alive”. The jittery drumming the track closes with is one of my favourite moments on the album and shows again this fight between comfort and unsettlement seen throughout the album.

The album really hits a solid spot in this part of the track list with following song ‘Bow’ being another highlight. The backing vocals adds a level of scale to the track that shows how immersive and large the soundscapes are that Zeal & Ardor create throughout the album. It’s a song that truly sounds like a cry for rebellion. The repeated mantra of “bow down to the American way” that closes the track out alongside said backing vocals is a fantastic way to end the track.

Towards the latter half of the album the quality continues as we get the track ‘Church Burns’. A song that opens melodically however slaps the listener around the face with pounding drums, intense shrieked vocals, and blistering guitar. The piano towards the second half of the track gives the song a wider sonic pallet which emphasises the feeling of grandiosity which is opposed by the ferocious chorus.

‘Götterdämmerung’ is the following track and is another great moment on the album. The black metal vocals evoke such a raw feeling that is as impressive as it is enjoyable. Accompanied with the hellish soundscape the track creates, it works magnificently.

‘Zeal & Ardor’ is another great edition to the bands catalogue and sees them pushing their sound to even more wild places. A truly unique listening experience throughout.