In our latest spotlight, we chat to author, Nathan O’Hagan about his new book, The World Is (Not) A Cold Dead Place.

What inspired the book?

Initially I think it was in some part a way of processing a lot of what I was experiencing at the time, emotionally and in terms of my relationships with other people. I’d played in bands for years but never got anywhere, and I needed a new creative emotional outlet. In terms of other writers, people like Chuck Palahniuk, Irvine Welsh and Kevin Sampson were big inspirations.

What were some of the great challenges in developing the story?

After I’d finished the first draft I thought I had a pretty good novel. Then I read it back after a break and realised that, while there were definitely the beginnings of something, it was essentially a series of rants strung together. The main challenge was making what I had work dramatically in order for it to appeal to other people, rather than just being some form of improvised therapy for myself.

The other tough part that I didn’t really anticipate when I began writing was the editing process, having to admit that certain parts simply didn’t work, or that while parts had merit, they didn’t necessarily deserves to stay in.

What stuff motivates you outside of literature – think people and places?

Culturally, music probably inspires me as much as anything. I use music to set an emotional tone for whatever it is I’m trying to achieve. During the later stages of rewriting, I listened to a lot of post-rock, particularly Explosions In The Sky. Not only did they help with tone, they provided the title for the novel, albeit adapted slightly. While writing my second novel I listened to Joy Division almost nonstop.

But I suppose my main inspiration is simply human interaction, the minutiae of it. I’ve always been a fascinated observer of other people’s behaviour patterns, and a constant, almost obsessive analyser of my own. I suppose they’re essential things if you wanna be a writer.

What have been some of the highlights since the book’s release?

The response. I’m with a tiny indie publishers, Leeds-based Armley Press, so before publication you wonder what kind and size of audience you’re likely to reach, and the level of success the book has had, while relatively minor, far exceeded our expectations. So to hear it being talked about on national radio, and most of all to hear from complete strangers via Twitter that the book made them laugh, moved them, in some cases people saying it’s the best thing they’ve read in years, well that’s just an  incredible thing.

What do you want people to take from the book?

I’d like them to have a genuine emotional response to it. People have responded to the humour and the darker aspects of the book in equal measure, with some revulsion thrown in. I can’t ask for much more than that.

Also, it took my the best part of a decade to find a publisher for the book, after a few close calls with some of the majors. I hope struggling writers will see a book like mine, with a tiny indie press, getting some level of coverage and finding some sort of readership and see that it’s worth persevering if you’re sure you’ve written something worth reading. 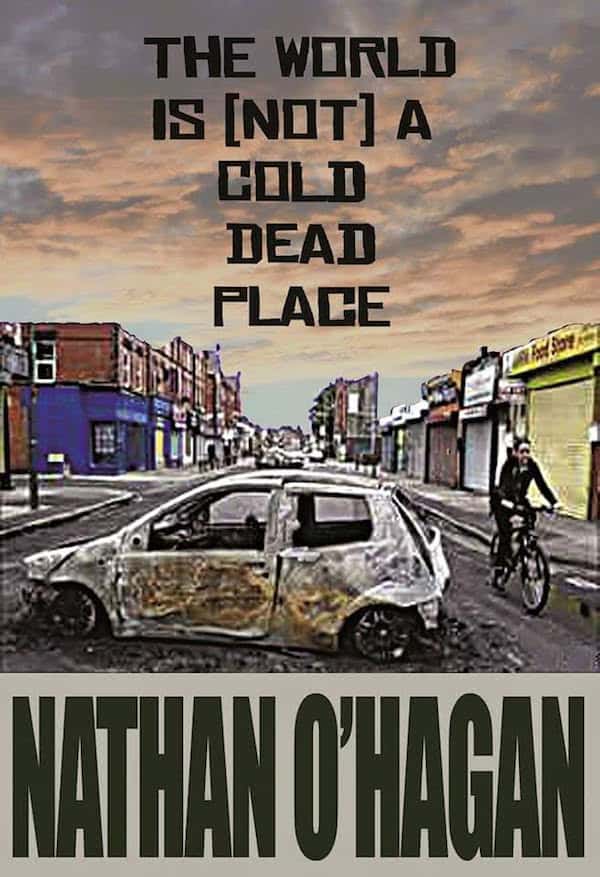 the world is not a cold dead place nathan o hagan