When love is stronger than fear, marvellous things can happen. ‘Chosen’ is the very promising debut novel of Jerry Ibbotson, a former BBC radio journalist who describes the coming of age tale in its fantastical setting as “Imagine Nick Hornby’s lovechild with C S Lewis”. Despite this statement of influences this is very much adult fantasy, combining the expected adventure, magic and mythical beings with a good measure of work, marriage, parenthood, politics, religion, and war. ‘Chosen’ is a truly deep, intelligent read, though most importantly a wonderfully enjoyable read… 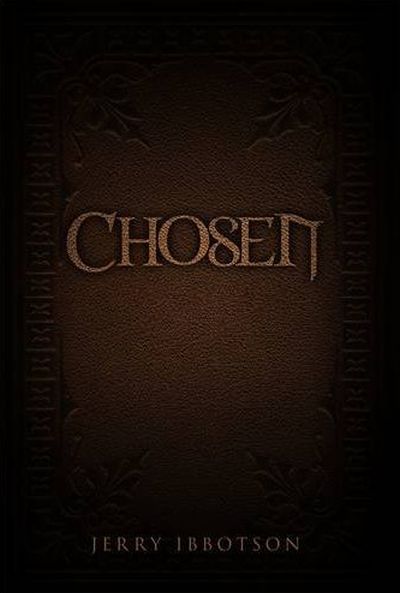 The novel is introduced through the perspective of the primary character Alex Preston who initially appears to simply be your standard married with two children, office worker. Except, all is not as it seems with Alex, at first he appears so lost in the mundane he escapes into his mind, daydreaming and re-imagining his life until a strange man by the name of Foxton Scarfe takes a seat next to him on the train and suddenly it seems his daydreams become reality.

The book presents two settings – there is the mundane “real” world of modern England and the fantastical world of Theland, though it is not long before the barriers between the two realms begin to blur. Yet it is the characters and their wonderful individual stories that make the book so appealing. The character that really stands out from the onset is Alex’s wife Sarah, who like her husband feels lost in her life engulfed by the demands of motherhood, isolated from a husband lost in his daydreams, is then abandoned as Alex seeks out adventure and inner peace in Theland. Ibbotson shows a real attention to detail and depth, in his exploration of Sarah’s character making her the most deep, engaging and likeable character, which sadly Alex really misses out on.

Theland in itself shows the talent and promise of Ibbotson imaginings, when Alex (and his companion Marshall) first enter Theland it seems an unassumingly simple place where they both feel closer to the peace and purpose they strive for. Yet as they travel further, the innate power of Theland seems to remove awareness of their home as the true magic and horrors of their surroundings are gradually revealed in a way that makes the co-existence and interaction of the two worlds feel natural.

The only flaw is as a reader, there is a feeling that you are not seeing everything Theland has to offer, and by contrast it feels like there is a little too much unnecessary magic in the real world, such as double-decker buses appearing in the Middle East, and a desire for more of the magical and fantastical elements in Theland such as the undead Avery Tavistock who torments and feeds on his former parishioners, or the winged Cyclops Samuel forced into servitude due to the love of a young girl.

Overall ‘Chosen’ is clearly a labour of major effort that showcases Ibbotson’s talent and potential that not only makes the book hard to put down, but also eager to see what else he has in store. Thankfully the wait should be short-lived with the upcoming release of his second novel ‘The Veil’.