The release of a band’s debut album can be the most difficult step that it may take in its life, with its first statement held up for examination in the cold light of day, to be prodded and dissected for signs of promise. With this, Glasgow group A Joker’s Rage deliver a debut of excitable and often disparate influences that only coalesce for the shortest spaces of time before lurching wildly in varying directions. 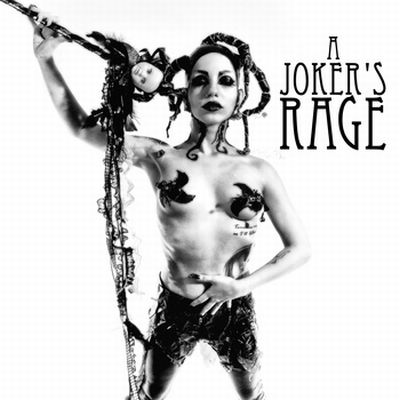 It makes for mildly diverting results in the form of early tracks like ‘Chase’ and ‘Neighbourhood Watch’, where hard-edged rock and nu-metal sensibilities attempt strange fusions with reggae and never fully gel. Such hybrids are to be treated with caution, yet the band cast that truism aside in a way that is at once commendably diverse and clearly detrimental to their own efforts.

The long shadows of groups like System of a Down and Red Hot Chilli Peppers strike deep into the album, and it is a testament to AJR’s talents that their musicianship more than holds its own given their chosen genre-surfing approach. Where the group really make their mark is with some straight up songwriting in the form of ‘When In Rome’, an appealing and anthemic track where everything is aligned. The band calm down and apply themselves to the album’s first piece of unqualified brilliance. It is a bright light amidst an initial run of overexcited and anxious material, produced with skill and in sympathy with the demands of the song and the band. Another departure is the intriguing glam and beat group confection ‘Elegant War’ which manages to revive Sweet-era insouciance with Beatles-esque geniality, though it could have done without the reggae interjections. And the abrasive tone of the title track is a soaring piece of rock energy with a great false ending to boot. These tracks display a clear and unforced quality that the album as a whole sadly cannot sustain.

Their attention deficit approach to songwriting leads to compositions that tax the listener rather than fully engage. There is a group in here with more ability and more to offer than juddering funk rock chops. AJR’s musicianship in beyond repute, but it is not harnessed in a way that really illustrates their strengths.