The King is dead. Long live the king. The deceased monarch in this instance being rock ‘n’ roll. At least according to DJ, broadcaster, musicologist and writer, Paul Gambaccini… 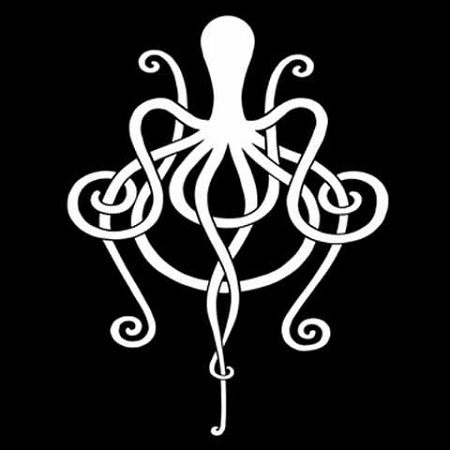 In an astonishingly poor article, written in the Guardian, the Professor Of Pop intones the last rites over rock’s coffin, with the observation, “It is the end of the rock era. It’s over, in the same way the jazz era is over,”

Now is not the time or place for us to pour over these claims save only to point out, firstly, that his utterances are based on the nonsensical and irrelevant fact that rock music barely made a dent in the singles charts last year and, secondly, for the good of his musical health, Gambo ought to take a sabbatical and spend a week at Soundsphere Towers.

Here we are privileged in our exposure to that glorious beast in all its wonderfully varied and myriad plumage; prog, metal, goth, industrial, emo, punk et al. You name it, we hear it and celebrate it. Certainly a more triumphant, thrilling and defiant refutation of Gambaccini’s nonsense than the third album from cosmic-proggers, Amplifier, would be hard to find. ‘The Octopus’ is a staggeringly accomplished work. An aural patchwork quilt sewn from the unlikely combinations of Yes, Muse, Radiohead, Black Sabbath, Supertramp and too many more to mention. That all these unlikely and contrasting elements have resulted in an album of startling originality and distinction makes the resulting opus all the more impressive.

From the eerie and disturbing opening bursts of white noise and pyschedelia of ‘The Runner’ right the way through to album closer, ‘Forever And More’, this sumptuous and admirable double disc collection, complete with seventy-page booklet, proves two things; while artists of this level of imagination, talent and versatility are at work, rock may well endure forever and also that as far as our beloved art form’s concerned, the only limitations are those that we place upon ourselves. Clearly, this is a band that cares nothing for rules, genres, and others’ expectations and is all the more vital, thrilling and essential for it.

In terms of format, Amplifier sit proudly alongside great rock luminaries from the classic era, Rush, Cream et al to the more contemporary, most obviously Muse, in their favouring of the classic power-trio line-up. Bass is handled by Neil Mahony, skins are pounded by Matt Brobin with vocals handled by axesmith, Sel Balimir. The sheer amount of detail, texture, volume and virtuosity offered up by just three guys is, frankly, beyond impressive.

Hints of Led Zeppelin’s ‘Kashmir’ filter through on the mid-tempo stomp of ‘Interglacial Spell’ while, bizzarly, the three-second horn intro conjures up impressions of Shostakovich’s ‘Concerto For Trumpet And Strings’. We’d be pushed to think of a more uncomplimentary blend of thematic material and yet it works!

Such moments are not occasional, either, but are, in fact, the norm. Take, for example, ‘Fall Of The Empire’, from disc 2; a Floydian ticking clock device introduces the track before a fuzz-drenched riff and treated vocals maneuver the song into territory explored by Marilyn Manson on his track ‘Para-Noir’ from ’04’s ‘The Golden Age Of Grotesque’. Visceral, vital and utterly valid. Amplifier have successfully gone back to the future and yet in summing up and referencing almost forty years of our collective rock heritage they never sound anything less than absolutely and convincingly now. Rock is dead? Pah! This sh** just got real and Amplifier are spearheading the renaissance. Buy this album now and buy one for a friend. There can be no greater act of human kindness.