Whilst you may not recognise the name, there’s a strong chance you’ve already heard the Bloody Beetroots. Their infectious blend of fidget-house has infiltrated adverts and computer game soundtracks, including FIFA ’09 and slowly but surely, the Italian electronica and dance duo have made a name for themselves as a live tour-de-force to be reckoned with. Now big enough to command a worldwide tour including sets at LA hipster festival Coachella and Australia’s Big Day Out, The Bloody Beetroots have established themselves as serious contenders to Deadmau5’s mainstream crossover success… 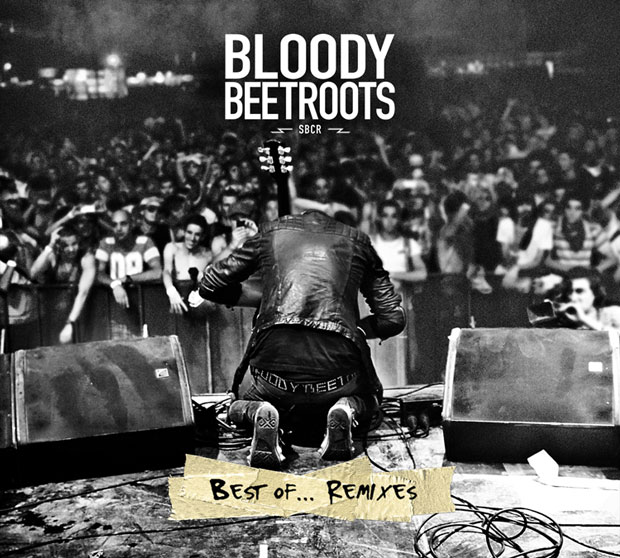 This latest release features a selection of remixes from originals including The Chemical Brothers, Belgian electro-rock outfit Goose and Swedish popstrel Robyn. The singles gain a new lease of life from the pair’s technological tweaking, fashioning them into dancehall anthems worthy of being the soundtrack to a million nights out. Containing all the elements of classic house, tight hooks and synths, electro glitches, and erratic time-signature changes all at a frenetic pace, ‘Best Of…’ navigates the pair’s enthusiastically observed efforts since their inception in 2006.

Captain Phoenix’s ‘Pistols And Hearts’ defragments and reconstructs an entirely new composition around the mournful refrain, “Wish I could be a man and let go”, warping and looping the vocals to a beat so rhythmic it becomes difficult to differentiate from the pounding drum beats.

Vitalic’s ‘Second Lives’ references early ‘90s Faithless with its relentless, pulsing energy and palpable tensions before the inevitable booming climax. The strength of the record lies in these moments, the tightly winding and layered preludes to the vast release that clubbing thrill seekers rely upon. Yet this also prompts its flipside, whilst The Bloody Beetroots gather an ever more faithful following, they remain impenetrable to those indifferent to the music, culture and lifestyle of hardcore and electro house. This is an album for the hardcore faithful, not a gentle induction for first timers.