‘Flux’ is the debut album of 22, a mega alternative four-piece from Norway. Unless you are so “scene” that you bleed mascara (or Norwegian), you will have probably never heard of 22 over here, but they are fascinating and experimental, and their 12 track release is both instantly catchy and brilliantly original. 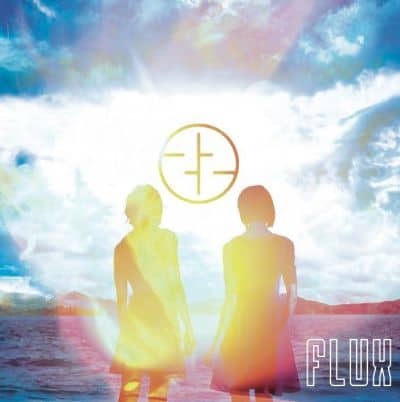 As a band, they are almost impossible to pigeon-hole, blending so many genres like some kind of mad chef. There are hints of Incubus (especially their earlier output), Panic! At The Disco, Gorillaz, System Of A Down, Placebo, and yet at the same time, are like nothing you have ever heard before.

Hypnotic and chaotic, there is a certain madness throughout the entire album, while at the same time maintaining a surgical precision that defines the album as fu**ing brilliant. The pacing is sporadic, the melee of electro and instrumental is perfectly melodic, and the vocals are literally mind-blowing. Literally. Describing themselves as math-core, they deviate by experimenting so broadly, and the end product is well worth the effort.

The opening track ‘Plastik’ has one of the best intros ever made in the history of… awesome intros. From the comatose soul of the wailing introduction to the snarling riffs and burst of Daryl Palumbo-esque vocals (a comment that, from this writer, is a massive compliment), this is a powerful, paralysing combination of technical ability, beautiful melodic sections and skull-splitting riffage. There are numerous high points of the album such as ‘Chrysalis’, a deep and entrancing song that gently eases into ear-bleeding guitar work with perfect melody. There is also ‘Loopwhole’, a manic depressive of a track that yo-yos from upbeat to bonkers over and over. Other notable entries include the wailing ‘GOTODO’, the intense and innovative ‘Oxygen’, and the later half of the album is equally fantastic.

Indeed, the album maintains its energy throughout, and refuses to relent with a massive final track, ‘Flux’, which is more energetic and unusual than Jim Carey on Cocaine, and a bizarre yet moving outro ‘Perspective Pleiadian’. Having released two EPs previously, 22 are no newcomers, and ‘Flux’ is an album with a brilliant overall quality, especially as the success of this style of rock is dictated by the clarity and memorability of the tracks. They succeed graciously, with an album that is both heartfelt and technical, and one of the most addictive releases of this year. There is a definitive reason why this band are gaining popularity worldwide, with tours and fests steamrolling throughout Europe, Japan and the UK.

Honestly, these guys are definitely worth a listen, as a band with one of the most infectious and eclectic approaches to music in a long time.

Yep! Good read and on the money! 22 are magnificent.

I couldn't have said it any better.