Akanoid’s music is a mix of wonderful synthpop soundscapes and furious guitars. ‘Unbreak Me’ is a new and exciting take on electronic rock with the focus being on the vocals rather than just heavy instrumentation. This is where the group really stands out. 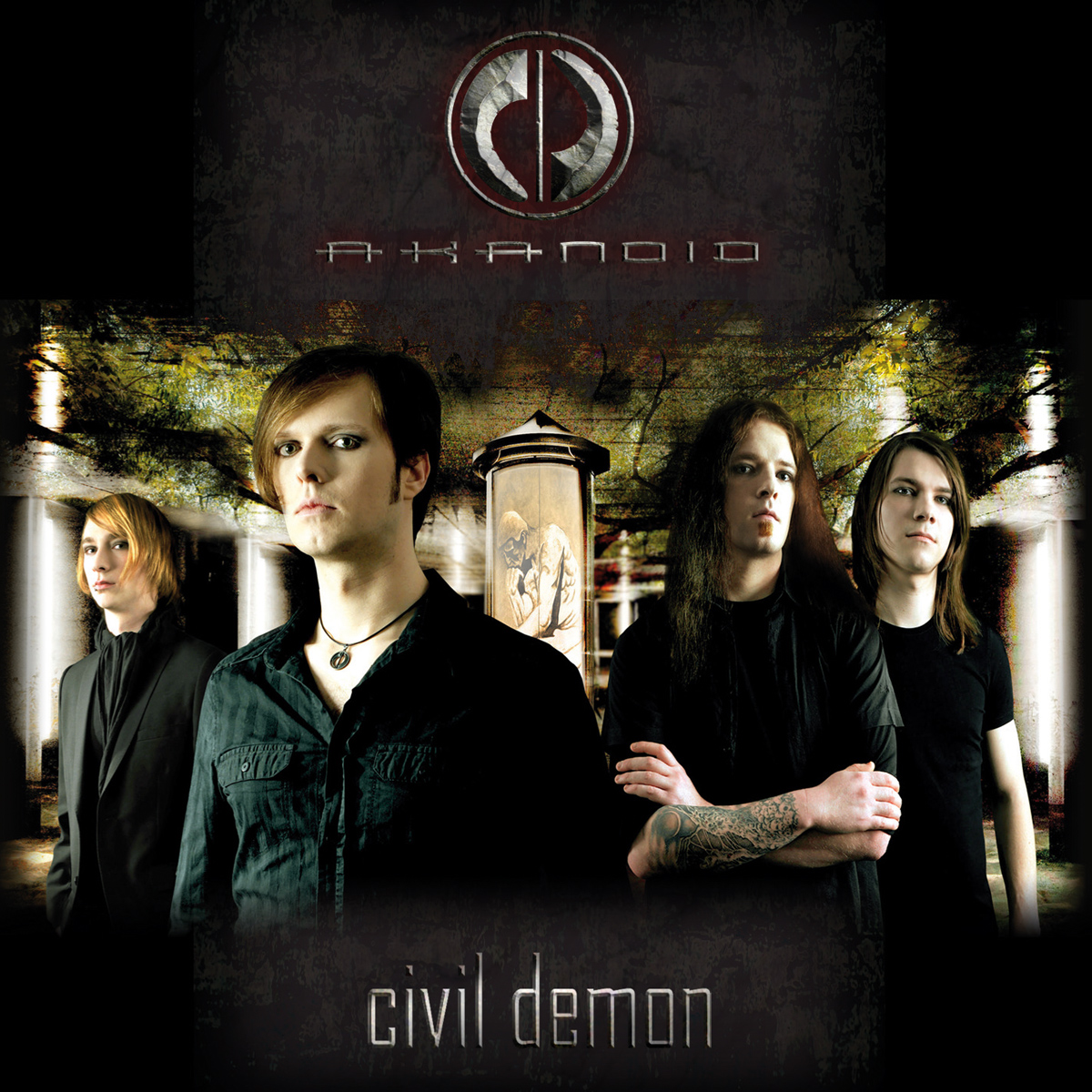 The follow-up track is ‘100 Burning Guitars’ and it sounds exactly like it should, with the focus this time being on classic rock guitars and spacey VNV-esque vocals this should be a real live anthem with strong drums and intelligent lyrics. This kind of material will appeal to the pure electronic music fan as well as your average metalhead – it’s some nice stuff. ‘Jump into the Hive’ works on a similar plane to the later work of Apoptygma Berzerk, but we would argue this is a little more accessible. Danceable beats smack into a bouncy and addictive chorus that will keep you listening again and again. ‘All the Noise’ by contrast is a slutty death-disco track full of sex and sleaze. Concentrated synth workings work well intertwining with the ever-emotive vocals. Established and successful acts within the Industrial genre including the likes of Zeromancer and Celldweller would be lucky to have this kind of track in their catalogue. The acoustic balladry of ‘Climax’ is a real change of pace and reminds more of an alternative rock act like Hoobastank rather than an Industrial four-piece, even after the track speeds up three minutes in. However, this kind of tune will almost certainly open the band’s music up to a wider audience than just the electro/Industrial market.

‘Secret World’ keeps up the slower pace, but the darker tone is back and it’s more trip-hop than just simple rock music. Think Portishead clashing with Incubus and you are somewhere in the ball-park for this. ‘Headless’ is something of a defining track on the album with modern hard rock influences being crushed with a powerful wave of electronics for a great final amalgamation.

It’s not all good though, ‘Nexxus’ treads similar ground to the earlier track ‘Climax’ and despite some effective synths and the trademark lyrical prowess this one falls a little flat. ‘The Nihilist’ blends funky guitars with some Nu Metal influence and as such it doesn’t work well in the context of this release, though it does betray the band’s vast array of influences which is a positive. ‘Subtitle’ is also a very random meld of blues guitar, 80s electro ala’ Gary Numan and some darkwave. It’s not bad, but it lacks the focus of the earlier tracks. Fortunately things pick up for the anthemic ‘Pain’ which is a definite dancefloor filler and should attract some attention when the band play their slot at the upcoming Wave Gotik Treffen festival. ‘Strange Obsession’ again draws upon the trip-hop genre for influence and it touches on all the right nerves as a sensitive and emotive song. ‘Hand Over Head’ is all about variety, here the band draw upon a range of styles including Goth beats, indie-rock guitars and some wicked electronic elements for a resounding and strangely addictive result. The final track on this is ‘++%’ and it sees a return to the formula the album began with and some tasty synthpop that you will find very difficult not to enjoy in some way.

‘Civil Demon’ is a little bit of a pick n’mix in terms of genres, the band don’t really have just one style. You probably won’t like everything on here but it is certainly worth a listen and these boys are one of the most talented acts we have rocked out to this year so far.

View the live video for ‘Pain’ below: