Live albums are a funny thing. we can see why bands do it, after all they want to show what the CD-buying public are missing out on if they don’t go to see them live. Also, it gives those who “were there” a little something extra for their buck and their memories. But what you always have to ask yourself is, ‘does it really add anything to a band’s discography?’ So many live albums are produced, and sometimes they sound purely like a self-indulgent wa**er’s paradise and honestly, it gets a bit tired sometimes. Thankfully, ‘Imagine There’s No Lennon‘ does not fall foul of that trap. Whilst not being the most amazing of live albums, its a solid little reminder of how good Apop can be. 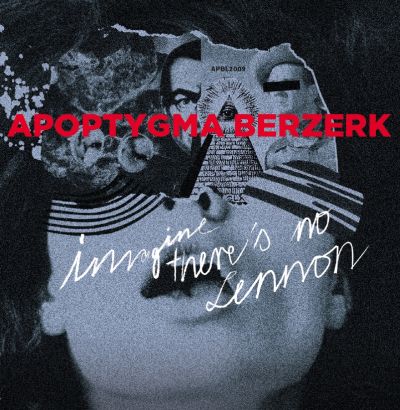 They have all the right elements for this formula, the production is crystal-clear, the songs read like a classic back-catalogue of APB hits, and there’s all the crowd interactions, and you can hear how the and love playing live. Recorded during the 2009 ‘Rocket Science‘ tour in Cologne, its a celebration of Apop‘s musical history, starting out with ‘Weight Of The World‘, the first track off the then-new album. However, the first nod to their history comes with live fave ‘Eclipse‘, which can truly be said to be one of their best tracks, but updated with some chunky guitars, which shows the evolution of this band into what can be termed as more “electro-rock” than anything else.

Other immediately recognisable Apop staples are here, including ‘In This Together‘, ‘Shine On‘, ‘You Keep Me From Breaking Apart‘ and of course, the dancefloor-filling ‘Until The End Of The World‘. All are given that APB live-treatment, with chunky guitars, drums, esoteric keys, and pop-sensibility. The final track on the disk is a real nod to the old school – ‘Non-Stop Violence‘. We’re sure the crowd were left in a state of pure industrial ecstasy after this show.

So, has this live effort added anything to the and repertoire (this is their third live album after all) then? Well, not really. However, they have strayed rather effectively away from self-indulgence on this, and whilst it may not add anything special to the AP discography, it is a nice snapshot of where they are at as a band right now.

Read our interview with Stefan here.