CD Review: Be My Enemy – ‘This Is The New Wave’

Naming your debut album ‘New Wave‘ is a fairly ambitious thing to do, but for veteran of the industrial scene Phil Barry it is perfectly justified. It is also, he says, more about a change in himself than music. “It’s about me stepping up to the plate and becoming the frontman of my own project finally” and that project is techno-industrial outfit Be My Enemy. 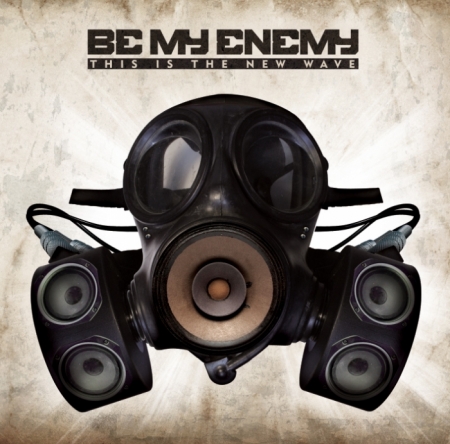 Starting out with Marc Heal in the early nineties to form popular crossover band Cubanate, Barry is no stranger to the scene and with this debut he demonstrates that in the ten years or so since Cubanate fell silent he’s still got what it takes to make a thumping record.

Ten tracks of hardcore, metallic techno make up ‘This Is The New Wave‘ – infectious and danceable, each song is infused with a rebellious instinct and energy akin to The Prodigy narrated by Barry‘s raw Pitchshifter-esque vocals backed with ebm dark-synth beats. The first track ‘New Wave‘ comments on our shallow, modern society, and trying to break free from it, and is a great introduction to the rest of the album’s sentiment. Other stand-out tracks include ‘Break Your Body‘, with it’s ripping guitar riffs, it will have metalheads and dance fans on the floor together, while other tracks, like ‘Wasted Life‘, are reminiscent of old Cubanate material. Barry also says that a lot of the album is influenced by old rave records and that is evident throughout, but without anything sounding rehashed or repeated – each song is a visceral, shredding few minutes of viral noise.

The album is released at the end of October through Bit Riot Records and leaves its creator to concentrate on his other project – the first new material with Marc Heal and Cubanate for thirteen years. Watch this space.