The EP’s self-titled opener is ‘Burn It Down‘ and it features a driving drum loop and the drill of pitched harmonics which precede the screamed lines,“Let’s hear some banging on the drums / let’s hear that guitar scream” and just as the rhythmic loops become tiring the layers fall away to allow its steady build into a chanted refrain. Post-punk? Certainly. But this title-track-come-opening-song is somewhat lacking in the glamour one might have expected from Berlin Black. 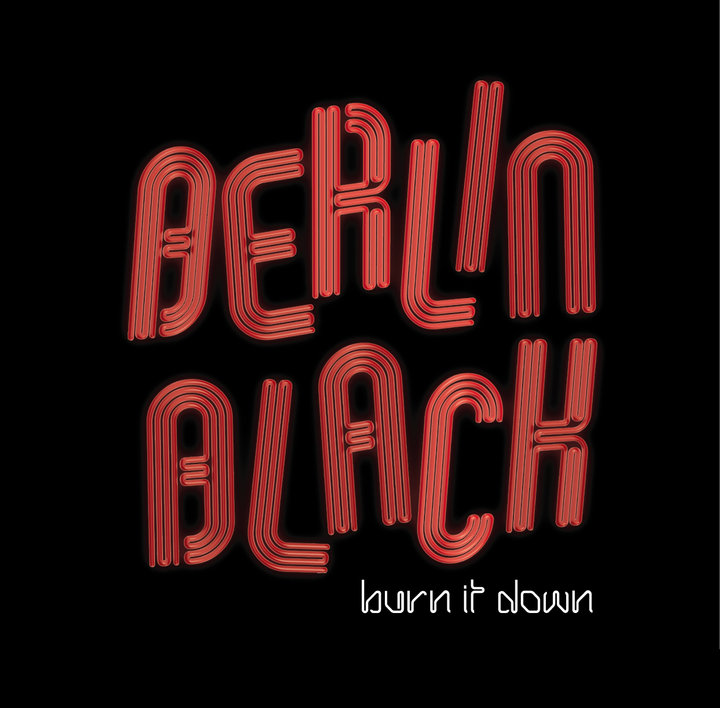 The pace of the album changes dramatically though as it slides into the anthemic synth and drums of ‘Tired Of You‘. Here lies the missing glam element. However, it loses its punch after a while, missing lyrical depth and structural variety. This also occurs on ‘Fall Apart‘, which feels like a poor man’s Placebo track. Potentially touching lyrics are ruined by the overbearing use of synth chords on both tracks. In these second and third efforts there is a repetitive quality which feels gentle and seductive but leaves us wanting far more than it actually offers. It becomes disengaging where, with clever writing, it could have been charming.

To contrast the previous works however, ‘Please You‘ implements both simplicity and complexity in its sound design and begins to blur the line between post-punk and glam rock. Lyrically it is nothing out of the ordinary, but those lyrics are delivered in coordination with the musical movement. It is a good effort and the listener’s attention should be drawn to the little details in the layering that bolster the vocals.

This style is continued and perfected for our standout ‘Roses‘. The track continues Berlin Black’s use of basic-yet-emotive lyrics and poetic repetition, but does so in cooperation with the musical and emotional structure of the guitar and drums. The result is a powerful piece of music that opens in the style of Bowie’s ‘Cat People‘ – the musical build towards a wordless vocal cry, and one which moves into the crunching, industrial rhythm of early nineties Nine Inch Nails. Here we see Berlin Black finally allowing the music to take control of the song rather than making an attempt to create or re-create style.

Unfortunately, ‘Safe Tonight‘ diffuses the energy of ‘Roses‘. However it’s a welcome change from its drum focussed predecessors. Its short length makes it fleeting, but this works strongly in its favour. For the first sixty seconds the synths are stratospheric: this distance wouldn’t feel out of place on ‘Ziggy Stardust…‘ But for all its glamour, the vocals still feel somewhat lacking in emotion.

Opening with keys, strong vocals and solid lyrics ‘Mirrors‘ is a credible ending to this EP. Well written and delivered lines such as, “It isn’t easy / pretending you know what you want” and “Isn’t is lonely / writing the words on your own” are in stark contrast with poor ones: “I wrote this song for you / I could take on the world if you say I can”. However, this seems fitting for the finale on such an album, and ‘Mirrors‘ is in every way a finale. It even has the anthemic guitar chords that turn into a lead solo, reminiscent of Queen. This is an extremely competent piece of music and one which brings the album to an unusual ending.

This is a diverse and promising beginning for Berlin Black. Granted, the vocals and lyrics certainly need improvement, not so much in their delivery as in their implementation. However, if songs such as ‘Roses‘ and ‘Mirrors‘ are anything to go by, we can expect a future of interesting releases for Berlin Black (Chris Tuke, formerly of the Screaming Banshee Aircrew) and his touring band The Shades Of Grey.