Blue Stahli is a one man band, but don’t worry, there are no bass-drum backpacks here. Consisting of pink-haired Bret Autrey, BS is a band that creates hard-edged, aggressive, sexy music. Bret is a man with his fingers in many pies. His resume includes burlesque and a drag queen punk band, but most impressively his material has been featured on many film, TV and video game promos. Most recently, music from his album is featured on the trailers for forthcoming ‘Suckerpunch’ (directed by Zack Snyder). 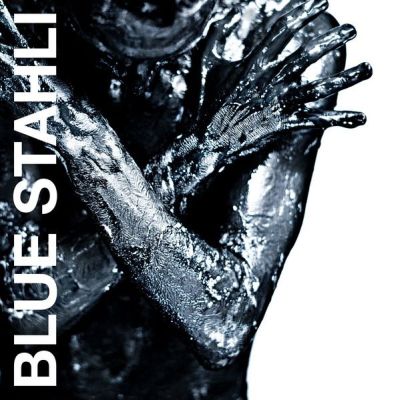 Bret is part of Celldweller’s live touring band, whose very own Klayton produced this album. With influences ranging far and wide, BS claims that you shouldn’t be ashamed of that Katy Perry track you like… (Disclaimer: Blue Stahli does not sound like Katy Perry).

‘Blue Stahli’ is intense and uncompromising. Although combining different music styles from electronic to industrial metal, the album does have a distinct unifying sound. It’s hostile, and sensual; it makes you want to rock out, and dance. Bret’s voice is very emotive, at times almost androgynous, and yet he can scream too. The use of live drums on the album is very interesting; BS captures the power and liveliness of a real drummer, but cuts and loops parts he thought best. This is best heard on ‘Corner’. All of which contributes to the feel of the whole album as a hybrid.

Starting with ‘ULTRAnumb’, BS’s debut announces itself with aggressive guitars, a fast rhythm and a scream. However, there are softer moments, catchy melodies with male and female vocals. This sets the precedent for the rest of the album; an amalgamation of soft and heavy. BS’s influences show themselves at different points in the album; we have the heavier industrial rock with ‘Give Me Everything You’ve Got’ and ‘Scrape’; electro influences with ‘Anti-You’; and you can feel pop affections in ‘Throwaway’.

It wouldn’t be stretching the imagination too far to say that everyone could find a song that they enjoy on this album. ‘Blue Stahli’ draws you in with vocal hooks and uses awesome guitar riffs to keep you down. It seems like Klayton has gifted him the ingredients and BS has created a similar pie to Celldweller’s angry electro-rock filled pastry. It’s still a pretty tasty pie, however. Go and sink your teeth into it.

‘Blue Stahli’ is out now via FiXT Music.