So says the self-penned blurb of German trio Bodi Bill: “In a time of by the numbers genres and hype, Bodi Bill enter the stage with an alternative draft. They inspire with pop songs full of love and devotion, backed up by a coolness only a city like Berlin can bear.” 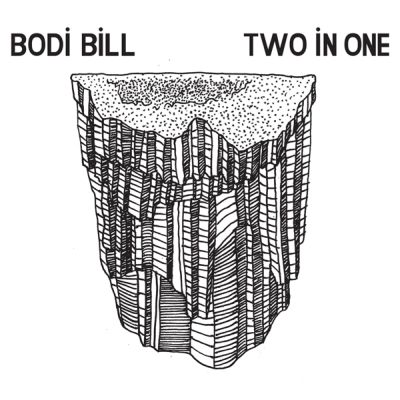 Despite what that billing might suggest, ‘Two In One‘ doesn’t sound like Kraftwerk doing the soundtrack to an American teen drama, nor does it sound like a bloke from a failed English band trying to break Germany, armed with a synthesizer and a basic grasp of the lingo. Instead, it is an expertly composed amalgamation of dubstep beats and soulful indie-pop. Bodi Bill may still be relatively unknown outside of Berlin, but their debut UK album is eclectic, intelligently retrospective and, at times, simply beautiful.

If there’s one thing we already know about the Germans, it’s that they know techno. Album curtain-raiser ‘Be Home Before Dinner’ doesn’t shy away from reminding us of that, with its intricately catchy syth riffs. Lead single ‘I Like Holden Caulfield’ (if that title seems confusing, shame on you) follows, and is quirky, interesting and packed with passionately delivered idiosyncrasies. It’s one of those singles that is nowhere near the best song on the album, but does intrigue the listener into casing the Bodi Bill joint for a while longer.

‘Two In One‘ is an album that backs up gorgeous songwriting craft with techno expertise. Take Fabian Fenk’s vocals (which are superb, by the way) out of the mix, and almost every track would work as a melodic indie gem; backed instead by acoustic guitar and friendly keyboards. What the German three-piece do so effectively, however, is put a post dubstep, dance backing to the tunes. You’d be forgiven for thinking how potentially disastrous that is, but after letting the soulful ‘Tip Toe Walk’ deeply soothe you, and allowing the warm and fuzzy anthem ‘One Or Two Ghosts’ wash over you, you’ll soon change your mind.

Like so many English bands who use their homeland for artistic inspiration, Bodi Bill have a knack for soaking up Berlin’s culture, and the diversity of its music scene. ‘Traffic Jam’ is evocative and insightful with a chord progression that will inevitably hypnotise you. ‘Depart Tropical’ and ‘Very Small’ brilliantly use minimalistic guitar and atmospheric accompaniments to give their skilful techno a real heart and soul, like a Wizard of Oz in the German electronic scene.

It’s taken five years for them to do it, but Bodi Bill have carved out a niche for themselves and are now ready to tackle Blighty. They’re melodic, charming and creative, yet still retain their roots and background. It’s a recipe for success, even if they never crack the mainstream, and ‘Two In One‘ has all the ingredients of a very enjoyable album indeed.