Boe Weaver have had their sound linked with the phrases “B-Movie”and “70’s Horror flick”. Now don’t get us wrong, when you hear this album these words are very easy to associate with BW but there is more to the sound. This album is a very well thought out piece of work, combining modern day production qualities with an era dependant inspiration that creates this air of a movie soundtrack….and before you think Tarantino, forget it, Boe Weaver have more class than that, this has Robert Rodriguez written all over it! 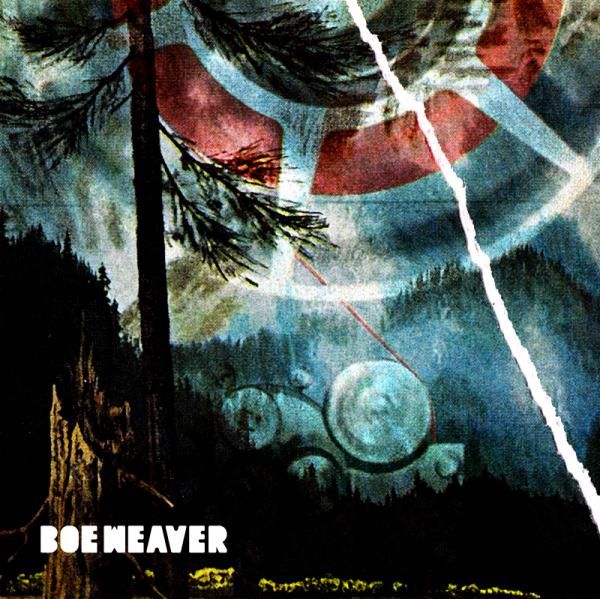 The first few tracks on the album have a great diversity between them, such as ‘Ghouls‘ with its excellent Specials homage mixed with a more nasty Mexican-rough rock theme – a perfect theme song for Danny Trejo’s day-to-day life. ‘Mysterious Island‘ has a solid start with a well chosen opening riff that gives off an immense Clint Eastwood western theme. The domineering bass line is cleverly assisted by the old cinema sounding Wurlitzer organ that puts the listener in a great mood to watch one of the finer cult cowboy flicks.

However, the album has not proved its worth…yet. So far the listener has been giving good quality moody-cool tracks which although good, do not stand out, until ‘Monster Maker‘. Boe Weaver now hooks us in. This track is phenomenal with its fantastically dirty riffs,  sneaky and awkward xylophone tones and its pulse-pounding drum line that makes you want to listen to it over and over, mainly because its so damn short! ‘Monster Maker‘ feels like it actually belongs to the band, they really made it their own.

Sadly, this feeling is not present through a good portion of the other tracks as they lay out their genre-specific compositions, like ‘Jelly Bean‘ which is amazingly put together but carries too strong a likeness to ‘The Riverboat Song‘ by Ocean Colour Scene, a song that this scribe loves so…

‘Manhunt Part 2‘ takes the album off to a different movie genre if you will, by giving a theme to a 70’s Cop thriller alleyway-chase scene which gives a fresh attack on the album, it’s a treat to listen to providing the listener with excellently dated sounds and tightly arranged beats. This leads nicely to ‘The Electric Man‘ which comes of like a retrospective of other tracks on the album. This one comes at you with a violent accuracy, driving heavy drums and Wa-wa-tastic riffs deep into your head which is hard to shake free of, for me making it a pick of the album.

The final offering is ‘I Think You Two Should Leave‘, arguably the most classic sounding on the list with its engaging and sinister lead, and pitch screeching rhythm guitar crescendo shows the rest of the album how it should be done which delivers an excellent finishing move on the listener.

All round this album has some amazing tracks with super-cool delivery but fails to maintain this flair throughout all the tracks. Buy this album on the strength of ‘Monster Maker‘ and ‘The Electric Man‘ and you will likely grow to enjoy the rest.