CD Review: Boss Caine – ‘The Rhythm And The Rhyme’

Home » CD Review: Boss Caine – ‘The Rhythm And The Rhyme’

You often hear York described as “the graveyard of ambition” but, judging by the recent output of our fair city’s musical contingent, this is one rocking graveyard. Boss Caine has just dropped the follow up to the gorgeous ‘The Ship That Sailed’, and we are more than happy to report that ‘The Rhythm And The Rhyme’ is both a worthy successor and a perfect evolution. 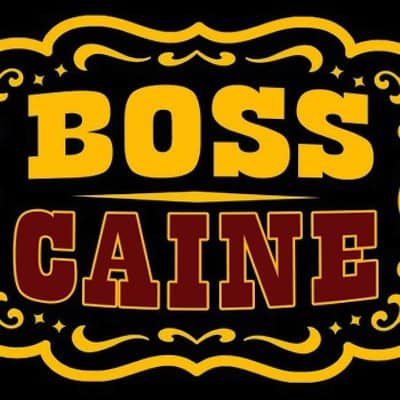 Boss Caine unashamedly Americana to the core, and for a great many British bands this has proved an often insurmountable problem. A question of authenticity can so often hang between the notes, creating a gnawing sensation that something is missing. In the worthy hands of Boss Caine though there is never a question of authenticity. Daniel Lucas is a wonderful storyteller and throughout the ten laid-back tracks of ‘The Rhythm And The Rhyme’ the combination of vocal honey and masterful but understated musicianship will transport you directly into the very heart of these adventures.

Lucas’ whisky-drenched baritone is still an absolute marvel. It’s a voice both beyond his years but equally dripping with the authenticity of experience. ‘Ghosts And Drunks’ opens proceedings with the chilled-out guitar-driven groove that characterises the entire album.

In spite of this kind of similar pacing and such a distinctive vocal running throughout the release, it is a credit to Boss Caine that the album never feels repetitive. Each song here has a soul uniquely its own.

‘A Slave To The Song’ is a heartfelt tribute to Soundsphere favourite Mark Wynn and does a superb job of valorising an artist whilst retaining the character of the subject. This storytelling mastery continues to be showcased on tracks such as the magnificently-titled ‘Me And Lionel Richie’, and these are stories you can’t wait to get swept into and taken along for the ride.

‘The Rhythm And The Rhyme’ is like a luxurious aural cigar. It’s deep, it’s flavourful, and feels like velvet as you take it in. Nowhere is this more evident than on the album’s closing duo of ‘Truckstop Jukebox’ and ‘Not Enough To Try’. There is a beautiful sense of closure in this couplet, the only shame is that there is no way you’ll want the album to be coming to a close here regardless of how apt the song choices may be.

There is a lot to love about Boss Caine’s latest release, and so much credit has to go to Daniel Lucas whose ability to juxtapose the lighter and darker elements of classic Americana is second to none. For those expecting nothing but mellow navel gazing, you may be startled by the dark places Lucas is willing to take you as a storyteller. The truth is though that the rose’s night-black is just as true as its day-red and the darkness of this album is equally as vibrant as the splashes of colour which dapple its surface.