This is first chapter of Celldweller’s five part collection titled, ‘Wish Upon A Blackstar’ and it will be a welcome aural assault for the artist’s fans who have been waiting for original material for a number of years. 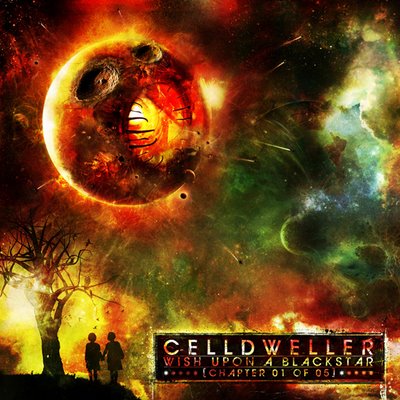 Unfortunately, it’s only a couple of songs long excluding the random ‘Beta Cessions’ demos that deconstruct each track into separate musical parts along with a bonus commentary for the die-hards. It’s lucky for Klayton that with all this extra stuff, the completed tunes are pretty darn good. While this material is far more pop-orientated than most people will be used to, the emotion and intelligent electronics that we have become so fond of are back in abundance.

‘Louder Than Words’ is a guitar-led, trance-infused drum and bass stomp-fest built for upbeat club nights and the best comedowns. The personal themes and honesty will resonate with many, arguably more-so than any other track in the Celldweller back-catalogue. Klayton seems to have created something a lot more stripped back this time around, and as such, while this is definitely not as hard-hitting as previous material it seems much more epic by comparison and at times it’s almost ballad-like – If ever Klayton decides to venture out live again this will be a powerful sing-a-long anthem for the so-called ‘cellmates’.

Next up we have ‘So Long Sentiment’. On here you can tell the influence that Pendulum has had on Klayton over the last year. Whereas ‘Louder Than Words’ was an all-out cyber beatdown mixing a range of hard dance styles this one suprises the ear and is an emotive and dark love song that features some pure vocals alongside a wide spectrum of musical genres including pop, dance and rock. There’s also some nifty classical work that gives way to lightening beats in the opening seconds before heartfelt words dominate for the standout track of the two. Roll on ‘Chapter O2’.

Check the mixing of ‘Louder Than Words‘ below.